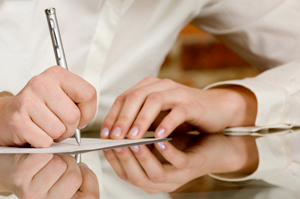 With the 30 June deadline of submission for university applications just within less than two months, the number of applicants for this year has not yet reached the same level as that of 2010 which is the year before tution fees were raised. Back then applications during this same time of the year were 607,418. This year, thus far, there are still only 601,619. There is still a 3.74% gap to recovery.

There is still a difference of 5,799 applicants before it can be said that university applications have recovered. However, a bright side of the story is that the count for this time of the year is 2.5% more than last year’s. The number involves a decrease in English student applicants of 7% with reference to 2010. Data for January, which is the deadline of prompt applicants showed an increase of 3.5% compared to the reference year 2010. However, the pace have not picked up since then.

English applicants this year saw the greatest decline in number with a difference of 7.2%. The number of Welsh students applying for university also lowered. The fall is 3.8%. However, Northern Ireland and Scotland numbers raised by 5.3% and 0.2% respectively. The number of university applicants who are school-leavers has also lowered with a 3.6% decline from 2010. However, it should also be noted that there is a decrease in the number of age 18 youth in England and Wales from last year, Russell Group director general Dr Wendy Piatt says.

Although the application level has not yet recovered from the post-2010 tuition fee increase, this year’s count is the all-time third highest. Further, many more students are expected to apply even with the number of available slots less than these applicants. People in the academe say that the more than half million applicants were correct in deciding that going to university has its benefits.

For universities minister David Willetts, the increase of the number of applicants to university shows how the aspiring students have been well-informed about the way the new student finance system goes. Under the system, students do not need to make actual out of pocket payments, financial support for students coming from poorer families have been increased and, when they start on jobs and repay their loans, the installments are lower.

The fact that the number of applications to university has not yet recovered from since tuition fees were increased will make ministers worry, says Staffordshire University vice-chancellor and higher education thinktank Million chair Michael Gunn. According to him, the government has always expressed its desire for more persons to enter higher education so that they can enjoy the life-time advantages they can derive from it. Specifically, making a living by having a job that you want can be best arrived at by getting the required degree. For the government, anybody at any age can still go back to university and get the qualification.

With these numbers from UCAS and insights from people in government and the academe, we can say that the increase in tuition fees could not be the only factor that caused university applications to decline. There are also educating young people on how to get help with funding their studies and instilling in the nation the value of education itself to life. In your opinion, do the numbers really reflect these factors? What is your comment regarding the perspectives given by the people in authority.

We immensely take pride for being the original and premier academic essay writing provider. We are constantly looking for new ways …
END_OF_DOCUMENT_TOKEN_TO_BE_REPLACED