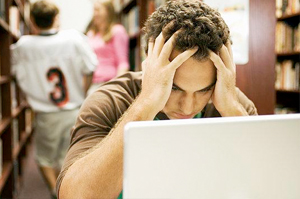 Professor David Abulafia, a leading Cambridge don says that said teenagers’ essay writing skills were “going down the plug hole” because much of their writing today is done online via social networks, wherein the accepted standards for use of language is vastly different compared to acceptable levels in academic institutions.

Prof Abulafia cites Twitter as an example. Communication on this website allows only 140 characters per post or “tweet”. This leads to “very compressed” language which forces users to ignore rules of grammar such as taking out personal pronouns, articles and punctuation in order to fit their message in one tweet.   It is also common in social networking sites to use abbreviations in place of words such as “u” for “you” and to replace letters or characters for words with a similar sound, such as “4” for “for”.

The phenomenon called “text language” has already found its way into GCSE exams, examiners have reported. Examples included “B” for “be” and “C” for “see”. Vowels were also omitted frequently for faster writing.

The professor wants exam questions that will test pupils’ essay writing skills, particularly at A-level. His comments contribute to the ongoing debate about exam questions in GCSEs and A-levels. Critics of the current exams format say that questions which require short answers have lowered the standards of papers. Education secretary Michael Gove for his part wants exams that will have shorter, more open-ended questions aimed at testing an examinee’s extended skills at writing.

Prof Abulafia says even pupils from highly ranked schools who are given places to attend elite universities now find it difficult to master writing in the English language. Many institutions have already conducted English remedial classes in a move to have their new students to degree level standard.

A recent survey by Cambridge Assessment of over 600 university lecturers supports the professor’s views. The study included academic writing among the areas in which new university entrants were found to be least prepared for.

Prof Abulafia says: “People no longer know how to write. It is a society in which fewer and fewer people read.

“What they do write tends to be short messages in a sort of meta-language, with meta-spelling, on Twitter and Facebook.”

We immensely take pride for being the original and premier academic essay writing provider. We are constantly looking for new ways …
END_OF_DOCUMENT_TOKEN_TO_BE_REPLACED