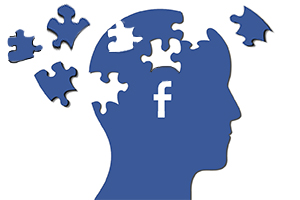 Facebook is undoubtedly the largest social media platform in the world, getting billions of people hooked and spending countless hours on computers and mobile devices. How would you feel if the social network giant itself admits that the use of social media can indeed be detrimental to users’ mental health? This acknowledgment is found in a company blog post last 15th December entitled “Hard Questions: Is Spending Time on Social Media Bad for Us?”

The blog post is considered by many as Facebook’s damage control after former employees spoke about the platform’s severe psychological damage to society, which also causes substantial rifts in real-life relationships. In fact, just days ago, former Facebook vice president Chamath Palihapitiya criticised the platform saying: “The short-term, dopamine-driven feedback loops that we have created are destroying how society works. No civil discourse, no cooperation, misinformation, mistruth.”

In the blog post, Facebook cited studies made by the University of Michigan, UC San Diego and Yale University. Researchers found out that spending time on Facebook and passively consuming information can cause people to feel worse afterward. However, it argued that engaging and interacting more with people on the networking site can offer solution.

Facebook’s director of research David Ginsberg, and the research scientist Moira Burke believe that the subject is varied and inconclusive. They argued that “actively interacting with people – especially sharing messages, posts and comments with close friends and reminiscing about past interactions – is linked to improvements in well-being.” They added that research revealed that people who viewed their own profiles experienced boosts in self-affirmation than those who looked at other people’s pages.

However, studies from UC San Diego and Yale showed that those who clicked on four times as many links as the regular person or who liked twice as many posts had worse mental health.

There was a mention in the blog post that there will be new tools to somehow lessen the negative experiences on Facebook. CEO Mark Zuckerberg for his part asked apologised and talked about his new mission to “bring the world closer together.”

What can you say about this issue? Do you think Facebook and other social media platforms have a negative effect to society particularly users’ mental health? If you have a writing assignment about this particular topic and need assistance in producing a high quality work, we will gladly help you. Please feel free to browse through our services and do not hesitate to contact us for any enquiries.

We immensely take pride for being the original and premier academic essay writing provider. We are constantly looking for new ways …
END_OF_DOCUMENT_TOKEN_TO_BE_REPLACED