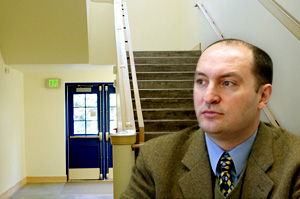 A report compiled by the National Union of Students and Million+ based on a survey of almost 4,000 mature students has found that withdrawing state support for higher education, which will result in higher university tuition fees of up to £9,000 a year starting this autumn, may hinder mature students from attending university. Current HE plans will force students over the age of 24 to pay for the entire cost of level 3 education upon removal of half of direct funding starting 2013-14.

The report, Never Too Late to Learn: Mature Students in Higher Education, comes after data compiled by university admissions body UCAS showed an 11.4% decline in the number of applicants aged 21 or over for 2012-13 entry. This is almost double from the drop in applications from younger students at 6.6%. The report points that the huge drop in applications suggest that higher tuition fees hinder mature students from pursuing university due to their tendency to be debt averse.

The report mentions the change in fees and student support schemes on mature students should be carefully monitored. The idea of either paying higher course fees upfront or taking further education fee loans as a precondition for entry could act as a major disincentive because mature students are less likely to have the usual A-level qualifications than is expected of school leavers, are more likely to study part-time, be a member of ethnic minorities and have disabilities. These factors all contribute to their ability to pay back student loans.

Essay Writer offers academic writing assistance at all levels of study, including Master’s and PhD level. Our custom dissertations and essays will serve as valuable study guides and model answers that students can use as additional resources when writing their academic requirements.

We immensely take pride for being the original and premier academic essay writing provider. We are constantly looking for new ways …
END_OF_DOCUMENT_TOKEN_TO_BE_REPLACED