Impact of Brexit on UK Education 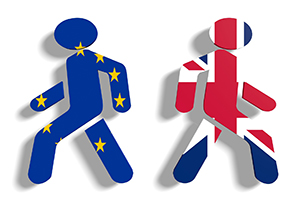 The British have voted and the majority, 52% to 48%, chose to exit the European Union (EU) in the recently held Brexit referendum. This was the highest voting turnout, with 30 million people voting since the 1992 general election. What exactly would its impact be on UK education?

The EU, which currently has 28 European countries as members, is a political and economic partnership established after the World War II. It had been founded to promote economic cooperation with the notion that countries that trade together are less likely to have war against each other. These member states can basically trade and move around as if they were one country. A lot of Britons think that it is time to be independent from the partnership, which is why a British Exit or Brexit referendum has been held.

A Leave vote may have won in the polls but it does not mean that Britain’s membership from the EU is automatically terminated. The UK needs to invoke an agreement called Article 50 of the Lisbon Treaty. The prime minister will now decide when to invoke this and the legal process may last a year or two. Until then, the UK will continue to abide by the EU laws and treaties. Nevertheless, it will no longer be involved in any decision-making, as it discusses a withdrawal agreement and the terms of its relationship with the remaining 27 countries.

Prime Minister David Cameron, who has campaigned to remain in the EU, announced his plans to step down by October, saying the country deserved a leader who can carry out the will of the people. “I will do everything I can as prime minister to steady the ship over the coming weeks and months,” the prime minister said. “But I do not think it would be right for me to try to be the captain that steers our country to its next destination.”

Before the June 23 elections, heads of 103 UK universities issued an open letter to express their concern over the impact of a Brexit on universities and students, emphasising its valuable support to unis, local communities and economy. The education sector has been vigorously campaigning for a Remain vote ever since the Brexit referendum was announced.

The Universities UK (UKK), the higher education action group that serves as the “voice of universities,” has expressed its disappointment over the turn out. The group has strongly campaigned against the Brexit and even intervened during the referendum debate. It stressed how 125,000 EU students at UK universities generated £2.2 billion for the economy and created19,000 jobs.

Pro-Leave campaigners have said that the Brexit would not discourage students from going to British universities. However, if the number of EU students does fall, the funding gap will be resolved by increasing international fees.

Universities in the UK admit that they now face uncertainties regarding the future of research funding, student fees and staff hiring from the European Union. President of UKK, Dame Julia Goodfellow, issued a statement after the announcement of results saying that a Brexit would “create significant challenges for universities”. Remaining optimistic, she added: “Throughout the transition period our focus will be on securing support that allows our universities to continue to be global in their outlook, internationally networked and an attractive destination for talented people from across Europe. These features are central to ensuring that British universities continue to be the best in the world.”

Dame Goodfellow also said that their first priority is to convince the government to ensure that the faculty, staff and students from EU countries will continue working and studying in UK universities, and promote the UK as a welcoming place for intelligent minds.

The Russel Group, which represents the 24 best universities in Britain, has also expressed similar sentiments. Its director-general Wendy Piatt said: “Leaving the European Union creates significant uncertainty for our leading universities but we will work with the government to minimise any disruption caused by this decision. Throughout the campaign both sides acknowledged the value of EU funding to our universities and we will be seeking assurances from the government that this will be replaced and sustained long term.

On the other hand, Employment minister Priti Patel has assured the public last week: “There would be more than enough money to ensure that those who now get funding from the EU, including universities, scientists, farmers, regional funds, would continue to get money.”

We immensely take pride for being the original and premier academic essay writing provider. We are constantly looking for new ways …
END_OF_DOCUMENT_TOKEN_TO_BE_REPLACED