International Day of a Child Girl 2017 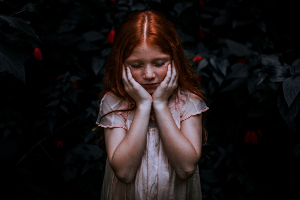 Although there has been a lot of progress in gender equality, discrimination against women is still rampant. Gender lines are drawn early, starting at birth and exclusions continue throughout womanhood. Various United Nations statistics, studies and reports continually show girls being victims of multiple forms of discrimination, exploitation and oppression. The International Day of the Girl Child is a UN initiative specifically for girl children. It raises awareness of the various types of discrimination and abuse females experience around the world, starting when they’re young.

Today, 12th October, girls’ rights and gender inequalities are highlighted for International Day of a Girl Child. Varying in history, culture and traditions, millions of girls suffer from infanticide, female genital cutting, child marriage, and honour killing. Other women issues include lack of fundamental freedom, high illiteracy rates, fewer health care benefits, domestic violence, and rape. Stereotyping, from a moment a child is conceived, is another concern that is quite common. More often than not, society seems to dictate which roles men and women should have and women are deemed inferior. In some countries, people rejoice when a boy is born and would feel disappointed when it is a girl. Some would treat baby girls as bad luck or consider them servants. Abuses against women are not only physical but psychological, mental and sexual as well.

Observance of International Day of a Child Girl

International Day of a Child Girl began as an initiative of non-government organisation Plan International. The idea for an international day was driven by “Because I Am a Girl” campaign. It raises awareness on the significance of nurturing girls worldwide. Canada formally proposed Day of a Girl Child as a resolution in the United Nations General Assembly. Minister for the Status of Women Rona Ambrose sponsored it with a delegation of women and girls making presentations. On 19th December 2011, the UN General Assembly voted to pass a resolution. It appointed 11th October 2012 as the inaugural day.

The Day of a Child Girl’s mission is “to help galvanize worldwide enthusiasm for goals to better girls’ lives, providing an opportunity for them to show leadership and reach their full potential.” It is a day for women advocates to come together in improving rights and opportunities for girl children globally. It’s also a great time to hold different events that would showcase the work people have done to empower girls. In 2016, London hosted a Women of the World festival where they paried school-aged girls with women mentors. That same year, US President Barack Obama issued a proclamation supporting an end to gender inequality.

What can you say about the international observance of Day of a Child Day? Should you have any writing project about gender disparity or other topics, please contact us immediately for assistance. You may also fill out the order form with your exact requirements so we can get started. Allow us to end this article with this to ponder on:

We immensely take pride for being the original and premier academic essay writing provider. We are constantly looking for new ways …
END_OF_DOCUMENT_TOKEN_TO_BE_REPLACED