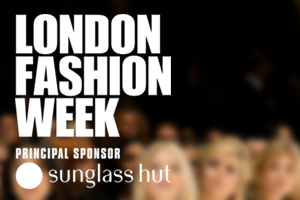 Are you ready for the Autumn/Winter London Fashion Week 2017? One of the most anticipated runway events in the UK runs from 17th to 21st February. The Big Four Fashion Weeks occur twice a year in fashion capitals namely New York, Milan, Paris and London. The next LFW is scheduled to happen on 15th to 19th September to showcase exciting summer collections.

The British Fashion Council (BFC), the organizer of LFW, proudly announced a few changes in the events this year. The official show location of LFW and London Collections (men’s counterpart) will be at The Store Studios, in central London. More than 170 top designers are unveiling their latest creations. Watch out for huge British labels such as Burberry, Versace’s sister label Versus, Mary Katrantzou, Erdem, MM6 Maison Margiela, and Christopher Kane. Topshop’s NEWGEN line that feature new designers will also be there such as Faustine Steinmetz, Molly Goddard and Sadie Williams.

Unfortunately, LFW is by invitation only and not open to the public. This exclusive affair is attended by editors, buyers, stylists, socialites, celebrities, and bloggers. However, the events will be live streamed at the official BFC website and other sites.

The fashion spectacles will be held mainly at the following locations:

London Fashion Week for the Public

Those who are not able to attend the LFW still have wonderful fashionable events to look forward to. The organisers have prepared city-wide activities for shoppers to have direct access to designers and fashion influencers. For one, the London Fashion Festival will allow the public to have a designer catwalk experience on 23rd to 26th February. Every year, four designers are chosen to present their impressive scollections. Show tickets start at £20 and prices get higher depending on how close you want to be to the catwalk. Burberry will also hold its “Buy it now” show on 20th February. This will be a well attended event and the who’s who in fashion will definitely be at the front rows.

We immensely take pride for being the original and premier academic essay writing provider. We are constantly looking for new ways …
END_OF_DOCUMENT_TOKEN_TO_BE_REPLACED