Who Made it to the Queen’s New Year Honours List 2017? 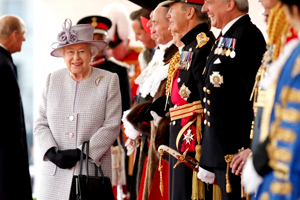 To start the year positively, the Queen conferred 1,197 people from different walks of life in the UK. The New Year Honours List 2017 has recognised actors, musicians, sportsmen, academics, philanthropists, charity workers and volunteers.

The top three awards represent various ranks in the Order of the British Empire. The highest rank is the Commander of the Order of the British Empire (CBE). The OBE (Officer) and MBE (Member) are the second and third ranks, respectively. King George V created these honours during World War I in 1917. They were given to servicemen and civilians for their contributions to the war effort. Today, they are handed out to recognise contributions in various areas like charity, arts, education, sports, and others.

British cycling’s “golden couple” Jason and Laura Kenny both received a CBE for their services to cycling. They have a total of 10 Olympic gold medals between them. Another big name on the list in the world of sports is tennis champion and Olympic gold medalist Andy Murray. He received a KBE for services to tennis and charity. For services to athletics, Mo Farah was also knighted, while Ennis Hill was named dame. A total of 110 Olympians and Paralympians were conferred for their great performance in Rio last summer. This includes the entire womens hockey team.

Apart from the popular names on the list, over 80 former and current charity and voluntary sector staff received medals. Angela Rippon received a CBE for her work at Dementia Friendly Communities. Janet Gillespie, one of the oldest awardees at 94, received a British Empire Medal (BEM). This is for her dedication to Poppy Scotland, where she worked for more than 60 years. 17-year old Jeremiah Emmanuel also obtained a BEM for setting up a campaign to end violence. He began volunteering at the young age of four and established One Big Community after his friend was violently killed.

If you need to write an academic paper regarding this topic, please let us know so we can assist you. Also feel free to browse through our different services so you will be guided accordingly. We have a wide database of writers who are experts in various fields.

We immensely take pride for being the original and premier academic essay writing provider. We are constantly looking for new ways …
END_OF_DOCUMENT_TOKEN_TO_BE_REPLACED