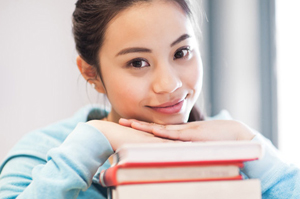 Education is identified once again as a catalyst for national growth. This time, it is in Scotland’s building and fortifying the foundation of stronger engagement with China. The British Council Scotland reported that the number of Chinese language assistants requested by schools in the country have doubled. The development is good for the country’s 2006 initiative of developing a strong relationship with China. Education of the foreign language is an important foundation for the plan.

Back in 2006, the Scottish government released a document about its “Scotland’s strategy for stronger engagement with China.” In the document, Minister for Finance and Public Service Reform Tom McCabe, MSP, said that China’s rise is changing the world and that such will be a critical factor in Scotland’s future. He asserts that engaging with China is important to the economy of Scotland because the former has contributed more than the total from G7 countries to world economic growth since 2001.

Mr McCabe adds that Scotland has deep and strong links with China on which to build. These include productive and valuable relationships in, with special and first mention, higher education together with business and cultural exchange. The goal of the China Strategy is to strengthen the engagement of Scotland with China for the benefit of both countries.

The plan of the Scottish government involves 10 points which includes (1) raising understanding of the Chinese language and culture in Scotland; (2) increasing student flow between the two nations; (3) expanding the award of Scottish qualifications in China; (4) attracting skilled Chinese to experience living and working in Scotland; (5) strengthening bilateral science links; (6) increasing trade between Scotland and China; (7) expanding connections between businesses in the two countries; and (8) raising the profile and understanding of Scotland in China. These points involve educating Scots about China which, in turn, involves teaching in Scotland the Chinese language.

Despite the double in count, the actual number of language assistants for Chinese can be seen as minimal. However, these assistants can give a significant impact because they work in many schools. On the point of view of the academe, the increase in the number of Chinese language assistants will greatly help in making the language grow further in the country and that the assistants bring a cultural dimension to language learning which will be a motivation for young students to study languages further. They say that the assistants will bring interaction among people from different countries and cultures which is a vital skill in the 21st century’s globalised economy. This and more is exactly what the Scottish government aims for.

As Scotland has passed the 2010 as initial target date of its 2006 initiative, it is high time to once again take a look at the progress being made in the China Strategy. It is now three years from the end of the initial years of the strategy. Do you think the Scottish government has made a substantial achievement with regards this goal? What effects do you feel regarding the integration of foreign language and culture into the globalisation of education, the economy and society?

We immensely take pride for being the original and premier academic essay writing provider. We are constantly looking for new ways …
END_OF_DOCUMENT_TOKEN_TO_BE_REPLACED