Number of UK University Students Who Drop Out Rises 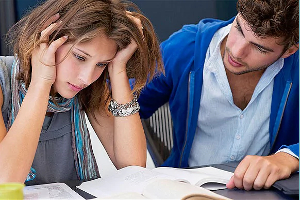 Various studies reveal that more students in the UK are opting to leave university rather than complete their higher education. One report, On course for success? Student retention at university, indicate that the dropout rate for all students is 6.9%. What factors contribute to a higher number of dropout rates?

Students Who Are Mostly Likely to Drop Out

According to a report published by Office for Fair Access (Offa), more disadvantaged students are dropping out of university. In academic year 2014-2015, 8.8% of young, full-time, undergraduates from poor backgrounds did not go beyond their freshmen year. It is a rise from 8.2% the previous year. The number is in its highest in five years despite huge efforts and funding to enhance access to higher education.

Universities have been spending millions to recruit students from underprivileged backgrounds, with around £725 million in the past academic year. The Russell Group universities for their part increased their funding for scholarships, grants, outreach programmes, and payment waivers.

The Social Market Foundation reports that universities with higher numbers of black students also tend to have higher dropout rates. The study revealed that the dropout rate for black students is 1.5 times higher than white and Asian students. The University Partnership Programme calls on the government to impose a target for unis to reduce the retention gap. It believes that non-completion rates for black students should be reduced to the current national average by 2025.

The Social Market Foundation (SMF) reports the steady rise in student drop out rates in England specifically in London. In academic year 2014-2015, the region had a 9.3% dropout rate. The SMF report acknowledges that London has successful schools and sends a large number of its population to higher education. However, it has failed in retaining some of its students and having them earn a degree.

For SMF, living situation is considered a factor as the cost of living in London is very high. It also has the highest percentage of students who live at home at 31%. SMF said: “Students are less likely to feel a full sense of belonging to their university life if they remain connected, both mentally and physically, to their home environment.”

To help find solutions, the Department of Education believes that the Higher Education and Research Act needs to go further. All institutions should be required to publish all application, drop-out and attainment data, including gender, ethnicity and socio-economic background.

We immensely take pride for being the original and premier academic essay writing provider. We are constantly looking for new ways …
END_OF_DOCUMENT_TOKEN_TO_BE_REPLACED