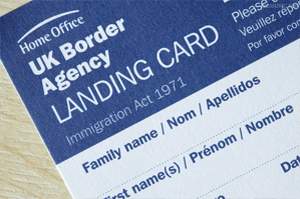 Last week it was announced by the Home Secretary that the UK Border Agency will be split in two groups between a visa body and a law enforcement body, and brought back under the control of Home Office ministers. There will also be improvements to the IT systems across the entire immigration system along with clarification of policy and legal framework. The changes to Immigration Rules will take effect 6 April 2013.

The UKBA was created to address the high levels of mass immigration seen under the previous government. One of the agency’s responsibilities was visa processing of international students that choose to study at UK universities.

The move came following criticism of the standards of service within the agency. In a report on The Pie News, it was said that scores of international students were left without passports resulting to them not being able to get home last Christmas after UKBA asked them to reapply for their visas.

The Home Affairs select committee also released a critical report Monday concerning a backlog of asylum and immigration cases which stands at the size of the population of Iceland. The backlog is estimated to take 24 years to clear.

Home Secretary Theresa May said the new immigration and visa section to be created following the reforms would be focused on giving “effective” and “good customer” service. This will be a big boost to international students who are otherwise disappointed about the service they are receiving.

Making sure valid international students feel welcome to study in the UK is an important part in the drive to encourage enrollment from foreign students to UK universities to help augment their income in the face of financial uncertainty and government budget cuts on higher education funding.

If the reforms were to work a number of things should be achieved, such as education providers sponsoring students getting clear advice on their duties in order to prevent students being unable to get their passports back in time to travel home on breaks and holidays because of visa restrictions. Decision making should be timely and consistent.

How will the UKBA shakeup affect the UK’s ability to attract new and retain existing international students? Do you think the reforms will bring a positive effect on the immigration system? Let us know what you think by leaving a comment below.

We immensely take pride for being the original and premier academic essay writing provider. We are constantly looking for new ways …
END_OF_DOCUMENT_TOKEN_TO_BE_REPLACED