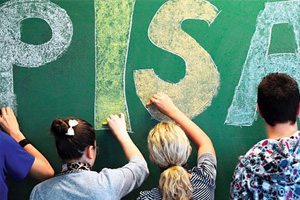 The Organisation for Economic Co-operation and Development (OECD) recently released the results of their Programme for International Student Assessment (PISA). PISA was launched in 2000, with about 540,000 students taking part in 2015. It is the international student assessment, which is taken once in three years to assess the abilities of 15-year olds. This exam includes the fundamental academic disciplines of reading, science and maths. Participating countries are from North and South America, Europe, Australasia, as well as parts of Middle East and Asia. Tunisia is the only participating African country.

How did the UK fare in the international school league tables? The PISA results revealed that the UK has climbed the rankings in both reading and science. However, out of the 72 participating countries, its overall rank is not as high as expected. Andreas Schleicher, OECD’s education director, calls the UK’s results as “flat in a changing world.” In science, the UK moved up from 21st to 15th place, while ranked 22nd from 23rd in reading. It slipped in maths, ranking only 27th this year.

The government expected the UK to rank higher and improve from its last performance. However, despite the promise of reforms to match international competitors, it failed to achieve high results. Wales particularly had the lowest scores. According to Michael Gove, England’s Education Secretary, test performances had been “at best stagnant, at worst declining” since the 90s. He told the MPs that his reforms were designed so schools in England can avoid falling further behind. These changes include school autonomy, revamping the curriculum and aiming financial support towards poorer students.

The results that the UK has received indeed disappointed a lot of people. NASUWT teachers’ union leader Chris Keates said that it should not be used to undervalue its public education system.

Asian school systems basically dominated the top spots in the rankings. China does not participate as a whole country but is represented by Hong Kong and Shanghai, which are high-performing cities. Singapore has topped all the three categories in the global education rankings. It received a mean score of 556 in science, 535 in reading and 564 in maths. Shanghai’s astonishing maths score is equal to three years’ schooling above the OECD average.

The United States of America received average or below average scores, currently below Spain and Russia. However, various individual states have performed well. Peru and Indonesia ranked the lowest, which gap between the highest and lowest is equivalent to six years of learning.

If you are writing about the PISA results or any topic and need any assistance, please contact us immediately. Essay Writer offers various academic writing services that you can choose from.

We immensely take pride for being the original and premier academic essay writing provider. We are constantly looking for new ways …
END_OF_DOCUMENT_TOKEN_TO_BE_REPLACED