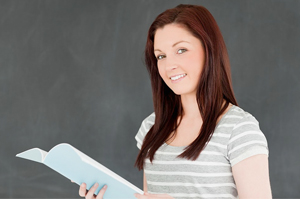 As we celebrate women’s month, it is only fitting that we look at the status of women in UK higher education and the roles assigned to them.

The Observer recently published a report showing the lack of female representation in senior roles in UK higher education as with other sectors. The report revealed there are only 14.2% women vice chancellors. Another study published by the UCU showed that for every five professors, only one is a woman, despite the fact that almost half (47.3%) of the non-professorial academic workforce are women. This inequality in gender representation also exists in other countries.

What is being done to address this issue? At the British Council’s Going Global conference, an international group of senior women discussed a manifesto calling for university rankings to consider the gender gap. It is part of a range of initiatives that aim to improve the manner in which women are represented in academic leadership ad research.

Strathclyde University in Glasgow, a leading Scottish university is initiating moves that will encourage women to serve on its governing body. This is in response to widespread concerns that the administrative bodies of Scottish universities are made up mostly of men.

Statistics for 2011/12 show no female chairs of university courts. The Herald conducted a study last month showing just one fourth of membership at university ruling Courts for women, despite there being more than half of women academics in the workforce.

Strathclyde University has specifically called for female applicants as well as those from ethnic minorities in its current adverts for new members of its Court. A university spokeswoman said women make up about one-third of the current members of its Court. This number is already significantly higher than at other institutions. She stressed the importance the university places in ensuring this number remains the same, to say the least. She said: “The university is committed to ensuring its governing body reflects society.”

Hazel Marzetti, a spokeswoman for NUS Scotland, welcomed this initiative. However, Ms Marzetti called for more steps to be done across the sector to improve the gender balance. She called for legislation to ensure gender balance is achieved at the heart of the education system, saying voluntary measures were not enough.

Scotland has the current Post-16 Education Bill which looks to put in place a new code of conduct for universities. One of its requirements is to ensure at least 40% female membership in each university governing body.

Do you feel women are represented adequately in higher education? Let us know by leaving comments below.

We immensely take pride for being the original and premier academic essay writing provider. We are constantly looking for new ways …
END_OF_DOCUMENT_TOKEN_TO_BE_REPLACED