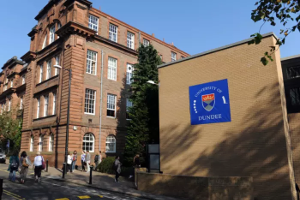 The Times Higher Education league table has recently released the top 200 global institutions under 50 years old. Results reveal that Dundee, the best young university in the UK, ranks 16th in the world. The University of Dundee was established and officially gained independent university status in 1967. It is located in the city and Royal burgh of Dundee, Scotland.

This year’s ranking comprises 200 institutions, an increase from 150 in 2016 and 100 in earlier years. The league table follows the same 13 performance indicators used for THE World University Rankings. However, there were adjustments in the methodology to give less importance to reputation. Unis must exhibit high standards of performance in four aspects: teaching, research, international outlook and knowledge transfer.

The United Kingdom remains to be a force to reckon with as it has the most unis on the list. It currently has 27, followed by Australia with 23 and France with 16. According to ranking editor Phil Baty, the UK has a promising future on the list. This is because it has quality unis that were established in every decade between the 1960s and 2000s. He added that some institutions were off the list after their 51st founding anniversary. Howevever, 10 new institutions have debuted in the list this year.

Here are the top 20 under 50 institutions in the world:

We immensely take pride for being the original and premier academic essay writing provider. We are constantly looking for new ways …
END_OF_DOCUMENT_TOKEN_TO_BE_REPLACED