How modern Valentine’s Day came to be 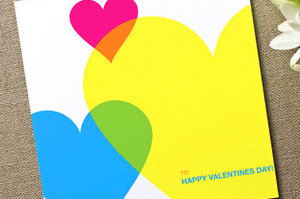 Valentine’s Day is the second most popular card-giving day in the world next to Christmas and over 1 billion cards are sent worldwide making this a multi-billion pound industry. But how did Valentine’s Day come about?

Before Pope Gelasius I declared the 14th of February as a Christian feast day in 496 AD, this date has long been commemorated as Lupercalia, a pagan fertility festival in honour of Lupercus, the god of fertility. According to historians, men didn’t give women flowers or chocolates in those days. Instead, they stripped naked and used goat- or dog-skin whips to spank the backsides of their female partners. This supposedly improved their fertility.

As for the name Valentine, there are 3 confirmed saints and martyrs named Valentine or Valentinus. Whilst it is unclear which of these Valentine’s the holiday is celebrated for, the closest according to legend is the 3rd century martyred priest who betrayed Emperor Claudius in 270 AD by going against the decree of marrying soldiers. He was arrested, and consequently executed, for carrying out weddings in the name of love.

It wasn’t until the mid-18th century that Valentine’s Day became popular in England and love notes made of lace and paper were passed to loved ones. By the next century, this practice became so popular that factories started to mass produce St Valentine’s Day cards. The rest, as they say, is history and there seems to be no end in sight for the commercialisation of what was once a pagan practice. The sales of chocolates, flowers, cards and even jewellery continue to rise year by year.

This year, why don’t you try to impress your loved ones with high quality academic writing, if you haven’t done so already? Place an order for a custom-written essay and use this as a guide to help you write your own essay to excellent standards!

How modern Valentine’s Day came to be

Valentine’s Day is the second most popular card-giving day in the world next to Christmas and over 1 billion cards.

We immensely take pride for being the original and premier academic essay writing provider. We are constantly looking for new ways …
END_OF_DOCUMENT_TOKEN_TO_BE_REPLACED