Selfie: An Exposition of Awkward Angles 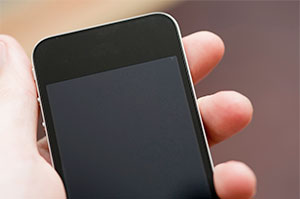 Voices are empowered units of expression.  And so are selfies.

Perhaps, it has a lot to do with the fact that most mobile phones and handheld devices possess its own camera feature.  Add the sharing power of social media networks and the prevalence of free photo-editing tools, who could ever say no to selfies?

In the context of art, sufficient evidences are found that point to selfies being an emerging genre.  The subsequent section reveals more on the selfies’ artistic domain.

So, how are selfies made?  Apart from the vicious need to fill that urge to capture something and share it, selfies are made with the intention of seeing oneself, frigidly plastered in a digital image.  Evaluating the self-taken photo is actually considered to be an important part of the drill.

Being one’s own photography subject, selfies are considered to be a D.I.Y. kind of art.  Yet, what bring out fascination in selfies aren’t just the photos themselves.  Taking the spotlight in discussions are the various interpretations and meanings that surround the act of taking selfies.

Selfie photos incite a barrage of socially observable behaviours (or responses).  This is a widely acceptable precept.  There’s casual flattery, exchange of funny remarks, as well as, some off-topic comments.  Appreciation for selfies, however, is best read by the number of likes and shares.

Captions, particularly those craftily made or created out of wit, enhance the presumed ‘value’ of selfies.  In fact, captions catalyse the audience’s belief in the interpreted meaning of selfies.  Otherwise, it could also serve to refute the most evident meanings.

When the caption affirms the projected meaning of the selfie, its audience (usually, consisting of social media friends) learns to see the obvious.  Clearly, this is not the case for selfies that have seemingly irrelevant captions.

Selfies that show something, but actually projects another meaning do not just provide a feast for the eyes.  It also provides a metaphysical puzzle to which the audience chews on.  This is familiar territory for the arts.

A dominating element that which makes selfie fun is its suggested or implied impulsiveness.  It is, contrary to popular belief, an unplanned act.  This playful attribute renders the ‘new genre’ highly distinct against its “traditional photographic self-portraiture” cousins.

The motivations that fuel the act of performing selfies appeal to those who love fast life-snaps of themselves.  This ‘instant’ trait is largely linked with the ease by which social network accounts contain the visual but digitised versions of the selfie-subject.

If you enjoyed this, go check out Jerry Saltz’s “Art at Arm’s Length: A History of the Selfie.”

How often do you take selfies?  Do you consider it as a work of art?

Selfie: An Exposition of Awkward Angles

Voices are empowered units of expression.  And so are selfies. Perhaps, it has a lot to do with the fact.

We immensely take pride for being the original and premier academic essay writing provider. We are constantly looking for new ways …
END_OF_DOCUMENT_TOKEN_TO_BE_REPLACED