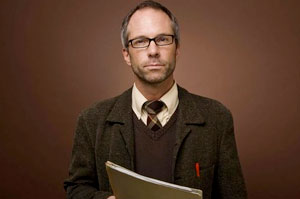 Recently, many universities have started to offer teaching-route professorships. This is in response to students’ demand for more focus on teaching rather than on research. They have instituted promotion incentives for these positions so that many excellent candidates will be attracted. But the problem is that, they are not carrying out these policies.

Increase in Number of Universities Offering

Nearly 50% of 99 universities which responded to a survey conducted by Times Higher Education under the Freedom of Information law said that they have opened teaching focused professorships. The respondents even include universities which have research at its forefront despite focusing intensely on research excellence framework.

The increase can be attributed to the pressure felt by vice-chancellors to show that they value the quality of teaching as much as they do with research. In recent years, academics have been complaining that research still have the financial advantage and dictate league table rankings despite focus on teaching have been called upon by students and government ministers. Students have just further increased their impact on the finances of universities and their voice by virtue of the tuition fee increase in 2012.

Teaching-route professorships are weak in attracting candidates. This has contributed to a slow progress in the installation of these careers as a norm in the university. Four factors that lead to these two results can be identified:

The Higher Education Academy noted that teaching-focused positions and careers are being viewed as second-class options by many respondents in “Rebalancing Promotion in the HE Sector: Is Teaching Excellence being Rewarded?,” their report from 2013. According to study co-proponent and University of Leicester Centre for Excellence in Teaching and Learning in Genetics director Annette Cashmore, progress in promoting and implementing teaching-focused professorships have been slow.

The 2013 report, which analysed 72 case studies across a range of universities, says that many of these subjects “were beginning to put promotion incentives in place” but “were not actually putting it into practice.” Back in 2009, the HEA re-echoed feedback from most of the academics who were respondents to the survey for the resulting report “Reward and Recognition in Higher Education: Institutional Policies and their Implementation” that they feel that teaching was not rewarded properly.

Professor Cashmore says that universities have the desire to put policies for teaching-route professorships in place but introducing it into the university and making progress in it takes a long time to work through the culture. Such university culture has to change, she adds.

The introduction of teaching-focused professorships in many universities may appear as a response to the clamour of students and the government to give teaching more value which they believe it deserves. However, this can still be found wanting. For example, at the University of Birmingham, only eight out of the 120 professorships awarded are teaching-focused. That is only below 7%. Of which, three or less were awarded after 2010. The four or more were granted starting 2008 to 2010. Yes, teaching-route professorships have been introduced; but they have not been normalised. Progress towards making them what they should be in the university has been slow.

What do you think should be done so that the number teaching-route professorships will increase? What solutions can you suggest?

Recently, many universities have started to offer teaching-route professorships. This is in response to students’ demand for more focus on.

We immensely take pride for being the original and premier academic essay writing provider. We are constantly looking for new ways …
END_OF_DOCUMENT_TOKEN_TO_BE_REPLACED