When Social Media Made Sharing Everything Possible 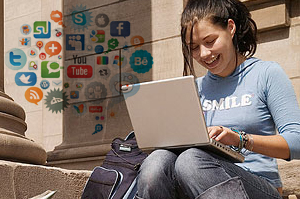 Comfort zones and comfort rooms are two pairs one wouldn’t associate with the shared economy. Until one read Ryan Holmes’ latest LinkedIn post, the uncanny connection between Airpnp and phone-users would have been a legend.

Apparently, the necessity of tracing the beginnings of this link emerged. To fully understand the phenomenon known to most as ‘shared economy,’ sifting through its history is expected to help reveal the real catalysts of its creation.

Holmes’ efforts had been rewarded by the distinction of significant catalysts:

…the ubiquity of smartphones, the growth of the so-called “Internet of Things” (tagged and wirelessly tracked cars, goods, etc.) and a lingering economic downturn that has made bargain-hunting a national obsession. But at its root, the sharing economy wouldn’t be possible without something much more elemental: trust.

The author of ‘How Social Media Jumpstarted the Share-Everything (Even Toilets) Economy’ believes these catalysts to have an immense participation in the combined efficiency of the virtual and physical world – an efficiency referred to as ‘collaborative economy’ or ‘shared economy’.

The spread of personal anecdotes gradually revealed the different reality encountered eons ago. Holmes cited the general anonymity enjoyed by almost every kind of online user before.

No one used real names then; everyone hid behind handles. The Internet of that not-so-distant past was a Wild West – an anonymous space with little accountability and few community standards.

He brought credit to Facebook for stirring slow but effective change in the way users perceived identity in an online context. Real names were incentivised by user policies, fake personas frowned upon. Eventually, social media users learn to take comfort in exposing themselves, deliberately showcasing their individual realities through posts and images.

Apart from comfort, the social media giant helped establish a platform for verifying identities. It was soon followed by tools, like ‘social graphs’ and ‘social media footprints.’ Authentic identities and effective tools made it possible (for middle ventures, like Airpnp) to verify those willing to rent their facilities to users in exchange of cash.

Connections made online had real world implications, leading to greater accountability, more civility and a sense of community that extended beyond the computer screen.

Anonymity wasn’t completely stripped off of online activities, but those who value the connections it could create in the physical plane are joining the wider bandwagon – a vessel held afloat by that element Holmes referred to as ‘trust.’

The historical tracing has already answered some profound questions that concern the creation of a shared economy, putting emphasis on social media’s hand on it. Yet, some questions continue to prevail unaddressed.

Is the collaborative economy just a new type of social media, where things are shared instead of updates and photos?

This question might require another post from Holmes, or from online specialists, and even onlookers. On a further note, consider checking out Airpnp’s services and mobile app. You’ll never know when the need to relieve that gall bladder arrives. And when it does, it’s best to prepare the right app.

How could UK’s entrepreneurs take full advantage of this shared economy?

When Social Media Made Sharing Everything Possible

Comfort zones and comfort rooms are two pairs one wouldn’t associate with the shared economy. Until one read Ryan Holmes’.

We immensely take pride for being the original and premier academic essay writing provider. We are constantly looking for new ways …
END_OF_DOCUMENT_TOKEN_TO_BE_REPLACED