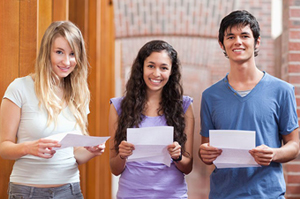 The 16th August marks A-level results day this year as approximately 300,000 sixth-formers all over the country finally determine whether their grades are good enough for admission to the university and course of their choice.

Figures show that 26.6% of exams were awarded an A or A* this year, down from last year’s 27 per cent. This marks a record drop of 0.4 percentage points in 12 months. Around 7.9% of entries gained an elite A* grade, down from 8.2% in 2011. This is only the third time the mark has been awarded to distinguish the brightest candidates. This is the first time in 21 years that the pass rate has dropped, and is believed to be the biggest decline in the history of A-levels.

The drop comes following the initiative of exams regulator Ofqual to fight grade inflation In an article on The Telegraph, it was mentioned that the exams watchdog told individual examiners they will be required to justify results that differed greatly from previous years to off-set any large rise or decline in test scores.

Data coming from UCAS also showed a 6.95% drop from last year in the number of students being accepted onto university courses overnight. Around 79,000 applicants are still waiting for their results, and over 10,000 students have already applied for university places through clearing, which is the traditional system used by UCAS to distribute spare courses to students with no confirmed place.

It also emerged that boys did better than girls at getting A* grades for the second year in a row, with 8% of boys’ papers scoring top grade, compared with 7.9% of girls’. However, girls had a bigger share of A to E grades.

Despite the fall in top-end grades, the overall pass mark gained a marginal increase to 97.8%. This is the 30th successive increase in annual figures.

We immensely take pride for being the original and premier academic essay writing provider. We are constantly looking for new ways …
END_OF_DOCUMENT_TOKEN_TO_BE_REPLACED