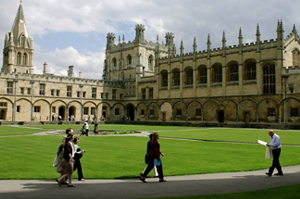 Among UK universities, only one has made it to the top 10 of 100 universities under 50 years old of the Times Higher Education magazine world rankings. The number means a decrease from last year, when three made it. University of York is ranked No. 7. The new league table of relatively new universities was started last year with the aim of giving a view of the young institutions category of the higher education sector or a picture of how the new universities fare among one another.

The UK still holds the most number of entries in the category of 100 with 18 entries. Among the 18, 11 fell from their ranks last year. Two of last year’s entries, City University and Bradford, were not able to enter the table this year. South Korea’s Pohang University of Science and Technology makes it to the top spot two years in a row.

Majority of the top five is occupied by Far Eastern institutions as Pohang’s local rival Korea Advanced Institute of Science and Technology moves in closer in the world table from fifth last year to third place this year and Hong Kong University of Science and Technology at fourth. Completing the top five are Swiss École Polytechnique Fédérale of Lausanne at second and University of California Irvine of the USA at fifth.

The British higher education system shows that it has strength and depth because it has 18 entries in the table, table editor Phil Baty. However, he adds that at the rate at which Far Eastern governments are investing large sums of money in their higher education, UK institutions can be left behind.

Mr Baty points out that government funding cuts and immigration issues are putting the acceleration of British higher education sector advancement at risk. According to him, attracting the best talents from around the world and developing new knowledge are essential elements of higher education and universities have to be competitive in these areas so that they can maintain their standings. He relates that other countries are moving fast now which is are crucial times.

The UK’s cutting of funds is a hard hit on the sector and it comes during times when South Korea, Hong Kong and Singapore are putting massive resources behind their universities, the editor says. The advantage of Britain is put at risk because of the government’s new restrictions regarding student visa and academics, says Mr Baty. He argues that such actions are tantamount to telling that the country is closing its doors to doing business with the world. For University and College Union president Simon Renton, developing countries are showing that they can develop their higher education sector into world class quality in just 20 years and Britain can compete only if it will increase its investment in the sector.

The country should start giving importance to the dominance it has built in its history. “These countries are investing heavily in higher education and if we don’t do the same, UK higher education PLC will be usurped,” Mr Renton says. The data indicates that there is a downward trend for UK higher education, labour said. Universities and science shadow minister Shabana Mahmood agrees to the views.

The mentioned student visa policies of Britain and its trimming down of higher education funds are the fastest and surest means by which the country will lose its ability to compete in the international stage, Ms Mahmood says. Universities and science minister David Willets says that Britain’s dominance in the top 100 under 50 table in terms of number of universities is a great testament to the staff and students of the higher education sector. The reforms in the sector will strengthen it further and these programmes involve a more sustainable funding regime, more incentives for world-class teaching and a clearer path for new high-quality providers, Mr Willets says.

Do you agree that funding cuts and the new student visa policies are the causes of Britain’s possible demise from world higher education sector dominance? Do you think that the trend is true to both the under 50 years universities and the traditional universities? What other factors can you cite that may or will play great roles in the whole sector’s competitiveness and performance in the international arena?

We immensely take pride for being the original and premier academic essay writing provider. We are constantly looking for new ways …
END_OF_DOCUMENT_TOKEN_TO_BE_REPLACED