A Space-Enabled Future and Present: From STEM Education to Postgraduate 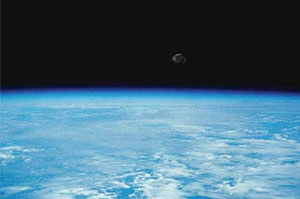 Before this year ends, a British astronaut will be sent to land on the International Space Station. Major Timothy Nigel Peake will launch on board Russian spacecraft Soyuz TMA-19M on 15 December 2015. He will be Flight Engineer 1 together with a Russian Flight Commander and an American Flight Engineer 2.

But there is more to space exploration than simply sending your countrymen to know more about the universe. Voyages to galaxies also have the purpose of upgrading current technologies. And as these endeavours are very complex, it takes years to prepare the technology and the people to carry them out.

The UK space community recently held the UK Space Conference 2015, with the theme “Space-enabled Futures,” on 13 – 15 July 2015 at the Arena and Convention Centre Liverpool. With this, the UK Space Agency released its 2015 Update Report on the UK Space Innovation and Growth Strategy. As the theme indicates, there is a need to enable the country be ready for a future in space industry and cope at present with the growing demands.

Astronauts are sent to the International Space Station for expeditions that last for months to get more knowledge that can help upgrade current technology and even develop better new ones. The space industry is responsible for the creation, maintenance and advancement of products and services.

London Economics reports that the aggregate UK space turnover in 2012/2013 is £11.8 bn, its direct contribution to UK GDP is £5.1 bn, UK space exports is estimated to be £3.6 bn, the UK makes up 6.5% of the global space economy and jobs in the UK which are directly supported by the space industry is estimated at 37,000.

The modern view space economy, according to LE, is that:

The Space Economy is the full range of activities and the use of resources that create and provide value and benefits to human beings in the course of exploring, understanding, managing and utilising space.

Hence, it includes all public and private actors involved in developing, providing and using space-related products and services ranging from research and development, the manufacture and use of space infrastructure (ground stations, launch vehicles and satellites) to space-enabled applications (navigation equipment, satellite phones, meteorological services, etc.) and the scientific knowledge generated by such activities.

It follows that the Space Economy goes well beyond the space sector itself, since it also comprises the increasingly pervasive and continually changing impacts (both quantitative and qualitative) of space-derived products, services and knowledge on economy and society.”

A specific example of the use of space industry technology and demand for graduates with the skills in it is Glasgow-based Clyde Space, a company specialising in small satellites. In an interview with The Guardian, company engineer Stephen Greenland relates that he joined the company because he was attracted to the fast turnaround of the products.

Last year, Clyde Space – which co-founded the launch of and develops CubeSats – doubled in size with most of its customers being universities and research institutes who use such mini-satellites as an affordable means of conducting experiment in space. And with the demand, Mr Greenland says ““We frequently recruit graduates who’ve taken some postgraduate study – either an MSc or PhD – as they will have had some industrial placement and more experience in general.”

Nevertheless, even with the established statistics, continuity and advancement are still in order and the UK government has set goals and action plans to achieve them. In its Space IGS Growth Action Plan, the government aims to add 100,000 high-skilled jobs. In relation to this goal, London Economics outlines specific recommendations in its report “The Case for Space 2015: The Impact of space on the UK economy – A study for the Satellite Applications Catapult, Innovate UK, Ukspace and the UK Space Agency.”

According to LE’s report, a key requirement for the UK space economy to grow successfully and realise its target job count, a sufficient pool of qualified workers to select from is a key. LE recommends to address the concern in the long term, starting from planting in young people the passion for Science, Technology, Engineering and Maths or STEM education.

They have outlined the Principia Mission patch and meal contest, the Astro Pi App competition for Primary and Secondary UK students, and Rocket Science where seeds of rocket (the salad variety) will be given to Major Peake to bring to the ISS which, upon his return, will be given to UK schools so that half a million children will have the chance to learn how human space exploration contributes to knowledge of life on Earth.

In the UK Space Conference, Sapienza was in-charge of the segment “Developing The Skills Pipeline” where they outline the space industry’s skills requirements of the present and the future, higher apprenticeships, the Space Internship Network or SpIN, and knowledge transfer partnership.

In the skills development session, Sapienza featured the following government goals and present statistics as guide for the discussion:

According to Sapienza, talent with required skills for the space industry is extremely hard to find locally in the UK; they are currently recruiting from Italy, Spain, Portugal and Greece. They add that such workforce outside UK is more mobile and more mobility means less stability which can impact long term space projects. Thus, there is a need for more local UK workforce.

Harvesters in the Immediate Future

Nevertheless, the 2015 Update Report of the UK Space Innovation and Growth Strategy, consolidating the reports of Sapienza and London Economics, says that “A number of new training opportunities have already been put in place to increase the relevant skills for the space industry. The first cohort of Higher Apprentices and Space Studio School students are just completing their first year of studies and apprenticeships. They are supported through a long-term apprenticeship collaboration with Airbus at Portsmouth’s Highbury College.”

The 2015 Update Report continues, “The Space Internship Network (SpIN) is now in its third year, raising awareness among students of the opportunities available in the space industry and proving a useful recruiting opportunity for companies. Innovate UK’s KTP (Knowledge Transfer Programme) call, dedicated to space, is utilising an established and well proven tool in the space sector. This £1 million investment enables knowledge transfer out of the research base through graduate placements into businesses. It includes giving graduates business training and a chance to go to the International Space University.”

We immensely take pride for being the original and premier academic essay writing provider. We are constantly looking for new ways …
END_OF_DOCUMENT_TOKEN_TO_BE_REPLACED