Answering to the Space Industry’s Demand 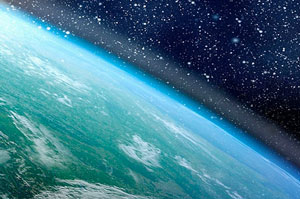 The UK space sector is in dire need of highly skilled scientists and engineers.  The demand hasn’t seen any stopping in its growth.  In fact, the Department for Business, Innovation and Skills forecasted a very appealing growth trend, marked at present up to year 2030.

Unfortunately, the UK space industry’s demand hasn’t really pooled attraction.  According to the Royal Astronomical Society, the demand ‘is not being met’.  And if this inattention will continue to spur among prospects, several markets hording a considerable population of consumers could turn to UK space sector’s competitors.

These robust markets being serviced by the space sector consists of “consumers for satellite TV and radio, mobile phone services, GPS navigation and from the government for emergency services and security, for air traffic management or to monitor climate change.”

An alternative: other than university

Indubitably, this demand-dilemma calls for a Space Engineering Programme – an apprenticeship scheme in place for the usual three year degree programme.  Touted as, “The first degree-level apprenticeship in the field,” the new training scheme was launched at the University of Leicester’s National Space Centre.

How will this programme change the course of the ailing UK space sector?  It is assumed to start with the students’ perspectives.  As Skills Minister Matthew Hancock liked to put it, he wanted to start a “new norm” among UK’s youth.

Under this supposedly ‘new norm,’ students must be able to see one more option aside from university – and that is apprenticeship.  To UK’s future space scientists and engineer, Mr Hancock has reportedly proffered one of the perks awaiting them: the space sector permits skilled individuals to “be involved in some innovative and exciting projects.”

The Skills Minister was one of the key persons to led the launching of the first-ever Space Engineering apprenticeship programme.

Empowering the possibility of this apprenticeship programme are the following institutions: the National Space Academy, Loughborough College, and the University of Leicester.  These educational entities are to take care of the knowledge-aspects of the programme, while skills will be further honed by the hiring space industries.

Linkages formed between institution and industries and among institutions are two of the most vital ingredients of the programme.  For one, Loughborough College’s Dr Martin Killeen has expressed the extent of efforts poured in line to providing this ‘first degree level apprenticeship:’

We have worked extensively with the space industry to develop our higher apprenticeship programme to ensure it combines both the work-based skills and the knowledge which meet employers’ needs.

Prospective students, who could be the next space scientists or engineers, should be appeased by the level of sector integration ingrained in the apprenticeship programme.  The institutions’ partnership with the space industry sector is, undoubtedly, going to benefit students.

Institutions, too, are seeing a remarkable merit in their roles for the said apprenticeship.  The National Space Academy’s Anu Ojha placed his outlook through the following statements:

Still, one remaining variable is missing.

The UK space sector is all in, as are the institutions.  How about the prospects?  How will they respond to this new space training offer?

Will the UK space sector finally get its fill of the country’s finest space scientists and engineers?

We immensely take pride for being the original and premier academic essay writing provider. We are constantly looking for new ways …
END_OF_DOCUMENT_TOKEN_TO_BE_REPLACED