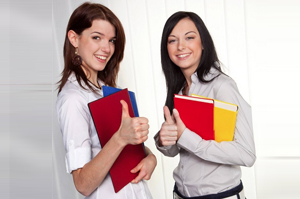 United Kingdom Prime Minister David Cameron envisions apprenticeships to be an important contributor towards the nation’s regaining of its economic strength. As projected by the Centre for Economics and Business Research, future employees who come from work-based trainings can earn a total of £3.4bn every year starting 2022, which will be a good contribution to the British economy. But there is a lot of work to do, according to Mr. Cameron. He is now working on generating more new and high quality apprenticeships which can train more youth to become accountants, engineers and aircraft pilots among others.

Because of this goal of the UK government, there is a huge possibility that apprenticeships will become a credible competition to university in giving the qualifications to young people. The prime minister has called on parliament members, educators and employers to raise the level of training and resulting qualification of apprenticeships and increase their quantity. He says further that the apprenticeship route is gaining ground as a preferred option towards developing a career.

More than half a million of people have started their apprenticeships in 2011 and 2012 based on British government data. For the PM, these are opportunities outside universities for young people who want to enter a career and they can do so through a trade they learn and still be world class and highly skilled to be able to compete and thrive in the global market. This is how apprenticeship can become an equal substitute to going to university which any teenager who wants to advance can explore.

The prime minister wants Britain to consider the example given by Germany which have the achievement of making apprenticeship a well accepted option for teenagers as a means of preparing for a career as progressive and competitive as one developed with a university qualification. The British government has already started this crusade for the economy and education with a review which looked into how apprenticeship quality can be improved.

The government has already expressed its desire to generate higher-level apprenticeships which will have the same bearing with university degrees and postgraduate qualifications. It will publish the regulations which has been drafted and a handful of large business outfits will present the details on how they plan to make available apprenticeship trainings. The result of the campaign has yet to be seen starting after 10 years. Meanwhile, we still have to see what progress can be made in the enhancement of apprenticeships towards making it an equal to going to university.

We immensely take pride for being the original and premier academic essay writing provider. We are constantly looking for new ways …
END_OF_DOCUMENT_TOKEN_TO_BE_REPLACED