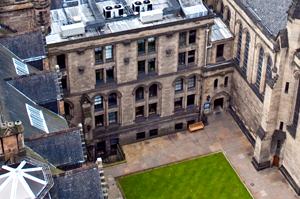 A breath of fresh air came from Scotland’s largest city, Glasgow.  The recent education news has almost often been pegged as ‘bad news.’  This time around, it’s going to be about improvements, as well as, incremental steps that which made Glasgow’s Higher Ed prospects brighter.

To start it, consider the following statement made by the manager who has worked with the city council’s Employment and Skills Team, Mr Martin Collins:

We are now better than we have ever been at supporting these pupils when they leave school and as they progress.

What made him pronounce such in line to revealing the status of Glasgow’s prospective Higher Ed entrants?  Three important things: (1) the recorded lowest unemployment rate; (2) increased positive destination figures; and (3) the transition from underperforming pupils to participating prospects.

It is clear that those results only materialised after a set of effective plans and implementations.  These schemes were targeted towards pupils coming from “deprived communities.”

Mr Collins goes on to highlight the plight of those pupils who risk their chances of ending up in a positive destination, as they are associated to issues that involve “attendance, attainment, or behaviour.”

These pupils will be referred to a central team who will identify what they like doing and what they are good at and then develop a programme of activity suited to them.

Those three major schemes have made a huge difference.  To highlight this progressive transition are the following figures:

And the record-breaking figure is…

This is not only good news; it showed that despite poverty levels in Scotland’s city (or its effects to pupils and students) it is, nevertheless, possible.  The improvements reward not only the students, but also the hard working people behind it.

Do you think Glasgow’s schemes can be applied at other cities?  Could these schemes be the ultimate fix for student access (of poor backgrounds) to universities?

We immensely take pride for being the original and premier academic essay writing provider. We are constantly looking for new ways …
END_OF_DOCUMENT_TOKEN_TO_BE_REPLACED