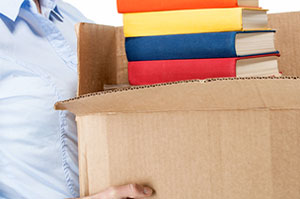 Assessing the value of education continues to ensue.  This time, however, eyes are set towards existing programmes and policies that support character education, as well as, the predominant lack thereof.

Mr Tristram Hunt, shadow education secretary, is soon to lobby character education right through his attendance at the AQA’s Creative Education conference.  Character education, as he asserted, had a lot in common with most ‘academic disciplines’ – it required a ‘holistic approach.’

In line to presenting the Labour’s education policy, Mr Hunt’s speech is expected to reveal the best spot for students’ character education:

“Character is not best taught through adversity: its study belongs in the supportive, dedicated and aspirational communities that the best schools provide.”

Indeed, it’s a fair turn of events.  Students, nowadays, have become common recipients of ill-omens, and sagging prospects.  Suffice it is to say, they have learned to expect the worst, while simultaneously working their way towards the looming uncertainty.

The push towards character education – as a shield against students’ imminent future – didn’t surface as a miracle.  Rather, it came as an upgraded insight out of recent research studies, primarily from Prof James Heckman (University of Chicago) and Prof James Arthur (University of Birmingham).

The benefits of character education are argued to have positive impacts on UK’s “economic success and social mobility.”  In principle, such character formation ensures that students are “taught how to bounce back from setbacks.”

Another research-supported insight rests in the negative aftermath of such setbacks whose victims include “vulnerable and disadvantaged young people.”  Unfortunately, exposing it’s deemed beneficiaries and the impacts of education without character education don’t make the case any easier.  For one, the said concept is fraught with misconceptions; such long-held assumptions can be stubborn roadblocks.

Teaching character is quite a challenging feat considering the perceptions that seem to permeate, particularly, about its method of acquisition. Conveniently, character belongs to the category of ‘soft skills.’  The category is also problematic; it, too, suffered from biases.

Mr Hunt, rushed in its defence, claiming that character – as a soft skill – is “very hard-edged.”  Character education is lauded to cover real-life concepts, like resilience and self-control.  These characteristic and precepts are guaranteed to touch students’ life-outcomes (e.g., life chances, employability).

The shadow education secretary isn’t alone in this character education-parade.  A recent publication from the all-party parliamentary group or APPG showcased a comprehensive study in ‘character, resilience and social mobility’ and had, in fact, provided ‘policy proposals.’

Baroness Claire Tyler, in the manifesto’s foreword, emphasised the significance of character education:

“The APPG on Social Mobility believes that if our education system also focussed more on these so-called “soft skills”, young people would leave school and university much better equipped to face life and its challenges.”

Students’ grades, skills, and work experience is certain to help them find opportunities.  But character, which is hard-earned, does more to strengthen what students’ possess.  These set of traits could also be the secret recipe towards creating their very own opportunities.

What form of character education had you received or are currently receiving from your educational institution?  Do you believe in its said benefits?

We immensely take pride for being the original and premier academic essay writing provider. We are constantly looking for new ways …
END_OF_DOCUMENT_TOKEN_TO_BE_REPLACED