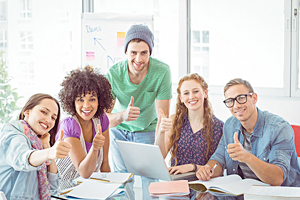 The reputation for high-quality education is the main reason of majority of international undergraduate students for going to the United Kingdom to study science, technology, engineering and maths (STEM). A survey by the British Council published 2 November 2015 reveals 51 per cent of the undergraduate student respondents chose the UK because of the high-quality of education.

In the survey, “International STEM students: Focusing on skills for the future”, 29 per cent of the undergraduate students say that they chose the UK because it offers excellent career prospects in their discipline. 21 per cent say the presence of their friends and relatives contributed to their decision.

Respondents to the survey are current international students studying in the UK, US, Canada and Australia in January 2015 who were non-citizens of the country they were studying in. A total of 1,348 responses were collected: 200 from Canada, 200 from Australia, 400 from the US and 548 from the UK.

Among the postgraduate respondents studying in the UK, 40 per cent chose the country mostly due to its reputation for quality education, 28 per cent say that a UK qualification offers excellent career opportunities and 23 per cent believe that the UK is at the forefront of innovation in their subject.

Gordon Slaven, British Council Head of Higher Education said “It’s great to see that the UK’s excellence in teaching and research in these areas is recognised by STEM students around the world. The fact that the UK continues to attract large numbers of STEM and humanities students means that the UK education experience is contributing to the development of countries around the world, and creating long term connections for the UK in the future.”

We immensely take pride for being the original and premier academic essay writing provider. We are constantly looking for new ways …
END_OF_DOCUMENT_TOKEN_TO_BE_REPLACED