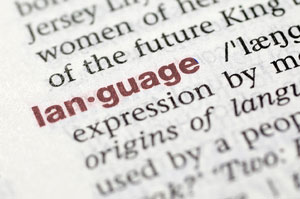 17% of interviewed employers say that the ability to speak at least one other language is very important when recruiting new employees to their company. 23% say that it is fairly important. That is a total of 40%. These numbers are derived from “The Global Skills Gap,” a study conducted by the British Council and Think Global surveying senior business leaders. The same numbers is one of the reasons why the Speak to the Future campaign has launched the 1,000 Words Challenge.

Organisers of Speak to the Future assert that the UK can improve its global competitiveness further by improving the nation’s skills in speaking other languages. Their vision is that each citizen is able to learn a substantial amount of words in a foreign language enough to converse with people who know how to speak it. The campaign is funded jointly by the British Academy and Routes into Languages. The campaign organisers relate that a study by the British Academy called “Languages: The State of the Nation,” the country has been in a vicious cycle of monolingualism that is causing market failure in the demand and supply of skilled linguists across all sectors of the UK economy. With this finding, the academy has called upon the government, education sector, students and the society to work together to address the concern especially with regards to legislation.

The British Council and Think Global wanted to measure how business leaders give importance to global thinking as a skill in job applicants to their companies and in their employees. The British Council is the United Kingdom’s internationational organisation for cultural relations and educational opportunities. Think Global is the working name of the Deveopment Education Association which is a registered charity and company listed by guarantee.

ICM Research was commissioned to do the survey which involved respondents who are 500 chief executives and board level directors of businesses in the UK with at least 10 employees and are representative of the national sample. Summary of the survey findings include: (1) job seekers’ knowledge and awareness of the wider world is more important than degree classification or A-levels; and (2) three-quarters of businesses believe that the UK has the risk of being left behind by emerging countries if young people will not start thinking more globally.

Speak to the Future

Speak to the Future is a campaign for languages as an important aspect in education and the economy which should be pushed up the national agenda to bring about the necessary changes in attitude and policy relating to it. Organisers stress that foreign language study has declined despite such skills being important in international business and the UK’s economy. They point out that there was a decline of 21.5% in applications for non-European languages and 11.2% for European languages in 2012.

The government and the organizers of the 1,000 Words Challenge have the long term goal of having all British know how to speak a different language. What do you think should be the next steps towards this goal? How long will it take before achieving this objective will start to realise?

We immensely take pride for being the original and premier academic essay writing provider. We are constantly looking for new ways …
END_OF_DOCUMENT_TOKEN_TO_BE_REPLACED