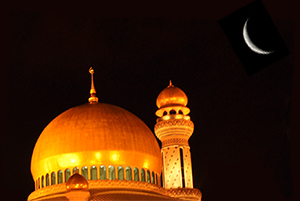 Muslims from around the world are getting ready for the holiest celebration in Islam, the Eid al-Adha. This holiday literally means festival of the sacrifice. It signals the end of Hajj, which is the yearly pilgrimage of Islams to Mecca.

Between the two major Muslim festivals, it is referred as the Greater Eid. On the other hand, the Eid-al-Fitr or end of Ramadan is called the Lesser Eid. The Greater Eid pays homage to the day Ibrahim almost sacrificed his son. God then ordered him to offer an animal instead. This event symbolises devotion to Allah.

The lunar calendar dictates when to celebrate the two major Muslim festivals, falling on different dates each year. The Great Eid was expected to fall on 11th September this year based on the crescent moon. However, concerns were raised that it would seem that Muslims would celebrate the 9/11 World Trade Centre terrorist attacks.

Muslim high authorities were worried that people would mistake the celebrations as reveling the killings. The Muslim council on American-Islamic Relations had various meetings regarding the issue. According to Ibrahim Hooper from the council via Reuters: “Islam haters falsely claim that Muslims were celebrating on 9/11.”

Amidst all the talks, Saudi Arabia’s Supreme Court has announced earlier that it would celebrate the festival on the 12th. The US, Canada, and most countries usually follow Saudi’s lead. Because of various recent suspected hate crimes, there is relief that the date of celebration will be moved a day later. With the heightened tension, mosques that held outdoor prayers are moving them indoors.

There are also false reports circulated by Anti-Islam sites that the Empire State Building will illuminate green on 11th September. According to them, this gesture has been orchestrated by US President Barrack Obama to honour the Great Eid. In truth, the iconic building is scheduled to light red, white and blue in memory of 9/11. It is also worth noting that the ESB is privately owned. This means that the US president is not responsible for the lighting schedules.

The Eid al-Adha, a day for prayer, family and animal sacrifice, is usually a public holiday in Muslim countries. It traditionally lasts four days but the number of off days varies per country. This year, Saudi has a 12-day holiday that includes the days of Hajj. Other non-Muslim nations opt to give at least one off day. In the UK, this festival is not a bank holiday.

This event starts with morning prayers, followed by family reunions where foods and gifts are exchanged. Muslims are also obliged to give money and food to the poor so they can join the celebrations. Animals such as goats and sheep are slaughtered for offerings to Allah. In the UK, people who partake in this activity need to conform to welfare standards, where animals are slaughtered humanely.

A congregation of Muslims in Birmingham will hold a small gathering for Greater Eid on 12th September. Entitled Celebrate Eid, this outdoor event will be held at Small Heath Park. Unlike merry celebrations of the Lesser Eid, this event will focus on solemn prayer and animal sacrifice.

Essay Writer wishes all students taking part in the Eid-al-Adha a safe and delightful celebration. If you require any assistance for a writing project about this festival or other events, please feel fill out the order form to get started.

We immensely take pride for being the original and premier academic essay writing provider. We are constantly looking for new ways …
END_OF_DOCUMENT_TOKEN_TO_BE_REPLACED