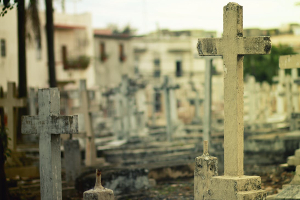 The first two days of November are significant times for some Christians as All Saints’ Day and All Souls’ Day are observed on the 1st and 2nd, respectively.After the fun-filled trick-or-treating and costume parties bursting with sweets, it is time to pray for and pay respects to saints and loved ones that have passed on. In Western Christian belief, the two are part of the triduum of Allhallowtide that lasts from 31st October to 2nd November, starting with All Hallows’ Eve.

The celebrations of the two come from the belief that there is a spiritual bond between those who are in heaven and the living here on earth. It is usually a national holiday in Catholic countries and is not a bank holiday in the UK.

All Saints’ Day and All Souls’ Day Origins

Today, 21st December marks the Winter Solstice, the shortest day of the year in the Northern Hemisphere. It is the.

The autumn sky in London will be colourful and bright on Saturday, 5th November for the Bonfire Night 2016. Extravagant.

We immensely take pride for being the original and premier academic essay writing provider. We are constantly looking for new ways …
END_OF_DOCUMENT_TOKEN_TO_BE_REPLACED