Eid Mubarak to All Our Muslim Friends! 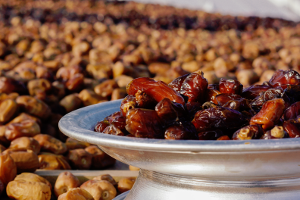 The month-long Ramadan ends on the next citing of the new moon predicted in the evening of 25th June. This officially starts Eid al-Fitr, which means festival of the breaking of the fast, also the start of the month of Shawwal.

How Eid al-Fitr is celebrated

Muslims, dressed in their finest clothes, begin their day with morning prayer at mosques on the day of Eid. It will then be followed by large gatherings with family and friends. Festivities last for three days, where people thank Allah for giving them strength and willpower during their spiritual fasting. Other ways to express thanksgiving is by donating money and food to the less fortunate. In addition, this day is also viewed as a time of forgiveness.

Most Muslim countries consider the three-festivities a public holiday. Other countries with Muslim citizens give at least a one-day holiday. Here in the UK, it is not considered as such. Offices and schools in areas with a high number of Muslim residents are considerate.  They provide shortened hours or a day off on Eid day.

Where to go during Eid al-Fitr in the UK

Don’t know where to go in the UK during Eid al-Fitr? After going to the mosque for prayer, you can celebrate at these locations:

May all our Muslim friends have a sacred, as well as a fun Eid al-Fitr. Eid Mubarak from us here at Essay Writer!

We immensely take pride for being the original and premier academic essay writing provider. We are constantly looking for new ways …
END_OF_DOCUMENT_TOKEN_TO_BE_REPLACED