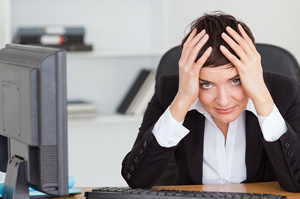 In the first year of tuition fees reaching an all-time high of £9,000, some students in the UK who have gained GCSE qualifications choose to take a job, training scheme or apprenticeship instead of continuing formal education at sixth-form or college and gaining A levels. However, a common complaint from managers involves taking extra time to teach young recruits basic literacy and numeracy, which are already expected to have been developed in GCSE courses.

In an article on Wales Online, it was mentioned that the Federation of Small Businesses in Wales made a survey with the results showing that 82% of businesses it surveyed were “worried” about the basic skills of school leavers at age 16. The survey, with 140 companies as respondents was released to coincide with the day GCSE results came out.

In Wales, the government is conducting a review of qualifications. The FSB is urging the Welsh government to ensure students leave school equipped with basic skills, along with other skills important in landing and keeping a job such as CV writing and time-keeping. FSB Welsh Policy Unit chairwoman Janet Jones said: “It is concerning to see that businesses have highlighted numeracy, literacy and core workplace skills, such as communication, as major problems.”

Across the UK, some 2,744 companies also responded to the queries of the FSB and their responses also reflect the concerns of Welsh business owners.

One such response comes from Roy Alkin, founder of a Swansea-based translation company. Mr Alkin revealed his concern about the literacy and numeracy skills of young applicants it has introduced its own tests, from which 80% failed.

However, union leaders defended the work being done by teachers to ensure pupils leave school equipped with the skills they need in the real world. A Welsh government spokesman also said it was already working to improve the skills of its school leavers.

We immensely take pride for being the original and premier academic essay writing provider. We are constantly looking for new ways …
END_OF_DOCUMENT_TOKEN_TO_BE_REPLACED