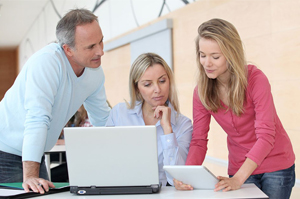 The question of which qualification – a university degree or a degree level apprenticeship – would give an applicant an advantage in the job market is one that is continually asked. The people who can answer it best are the ones who actually choose from among the applicants who they will hire — employers. 500 companies were surveyed and the result is that higher or degree level apprentices are more employable than university degree holders.

In the survey which was administered by ICM Research in February this year, the degree level apprenticeship beat the university degree by almost half a notch with the score of 7.98 to 7.58. That corresponds to a four per cent difference. Further, the average of the ratings of the three apprenticeship qualifications are higher than the average of the ratings of the other three credentials which include the university degree, Level 3 vocational qualification and A-Levels by 15%. The count being 7.36 against 6.38.

We immensely take pride for being the original and premier academic essay writing provider. We are constantly looking for new ways …
END_OF_DOCUMENT_TOKEN_TO_BE_REPLACED