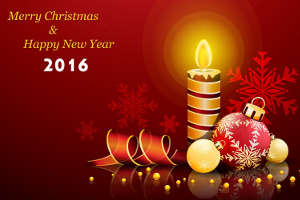 “In the eyes of children we find the joy of Christmas. In their hearts we find its meaning.”
– Thomas Leland

The most wonderful time of the year is finally here. Children and adults alike could not help but be captivated by the wonders that Christmas brings. Lovely carols, majestic trees, sparkling decorations, thoughtful gifts, and colourful lights will surely inspire people to be extra nice.

This holiday has pagan roots, being attributed to the early European’s celebration of Winter Solstice. Centuries before the arrival of Christ, Romans celebrated Saturnalia in honour of Saturn, the god of agriculture. People, both masters and slaves, had large feasts where food, drinks and gifts were abundant. It was during the fourth century that church officials recognised the birth of Christ as a holiday. Pope Julius 1 chose 25th December despite evidences suggesting that the birth was in spring. It is believed that this date was chosen to retain the traditions various pagan festivals.

The character Christ the Child came from the influence of Martin Luther in the 16th century. Luther as a protestant wanted to limit the adoration of saints so he shifted the attention to the Jesus’ birth. He also integrated the importance of gift giving to this occasion. As St. Nicholas gave gifts on 6th December, children believed the Christ Child left presents under the tree on Christmas. Today, the role of Christ is not for giving gifts but the hope that he will save people from sins. Santa Claus was developed from the character of St. Nicholas, who rewarded good children with precious gifts.

The Christmas tree was derived from a pagan practice of bringing plants indoors as midwinter decorations. On the other hand, the Germanic people considered evergreen fir trees as a significant fertility symbol. It would give hope for spring’s return after the cold winter. Branches were also taken home to ward off evil spirits.

It cannot be denied that Christmas is one the most popular holidays in the world. It is generally an annual Christian festival to commemorate the birth of Jesus Christ. However, it is celebrated globally for various reasons apart from its religious implications.

Some, regardless of religion, take the holidays as an opportunity to be with family. This is more special for families with kids as Christmas is more magical in their eyes. You can definitely see how their eyes twinkle as they decorate the tree. They take pride on being nice instead of naughty throughout the year so Santa Clause will pay them a visit. Their joy and excitement while opening their presents would definitely tug at your heartstrings.

Essay Writer would like to wish everyone a Merry Christmas! May you all have a wonderful time with your loved ones.

We immensely take pride for being the original and premier academic essay writing provider. We are constantly looking for new ways …
END_OF_DOCUMENT_TOKEN_TO_BE_REPLACED