Extremist Views: Total Ban or Deal With in the University? 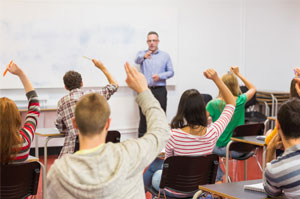 Should the government totally ban the discussion of extremist views at university or allow it with the necessary controls and monitoring? Government ministers are now debating over the matter following the claims made that the Islamic State extremist known as ‘Jihadi John,’ real name Mohammed Emwazi, was radicalised in Westminster University in London where he was educated. Whatever their positions and proposals on the issue, their main objective is to properly address the issue and prevent its negative effects.

Responses gathered in “Prevent duty guidance: a consultation” which ran from December 2014 to 30 January 2015 are now being studied by government ministers. Respondents to the consultation include, among many, schools, further and higher education institutions. An advisory note will be given to universities as part of a law requiring them to install strategies to fight radicalisation on campus. The news about Jihadi John did not start the issue though; there has been a call to be stricter a few years back.

Coalition government ministers are divided on the issue of limiting free speech and debate on university campuses, especially relating to extremist views. The Tories are calling for a total ban of extremist speakers because of their potential to influence students to cause harm to the society with the effects of their ideologies. On the other hand, the stand of Liberal Democrats is that extremist views should be dealt with by facing them in well moderated debate on campus.

The Conservatives say that what needs to be banned is the preaching of killing people. They point out that free speech should continue and should be with rules which must be proper, decent and tough. Home secretary Theresa May says that they do not intend to sensor speech and debate; rather, what they are targeting is stopping radicalisation on campus.

For Liberal Democrats it is a matter of universities properly exercising their discretion and judgement with regards to the issue of speech and debate. They stress that academic institutions should take the responsibility of screening speakers and deciding whom to totally ban and whom to allow to speak in a debate where his argument should be challenged.

According to one Liberal Democrat, it is better to deal with potentially harmful extremist views in the university where the young people who can hear them will be better guided rather than ban them. The Lib Dem source points out that such extremist views will find other forums outside the campus and can still reach students and be a potentially negative influence to their impressionable minds.

Presently, universities are on a No Platform policy created by the National Union of Students. Under the policy, banned from speaking at any university function are “individuals or members of organisations or groups identified by the Democratic Procedures Committee as holding racist or fascist views.” Included in the ban are Hizb-ut-Tharir, the English Defence League and the British National Party. With stronger guidelines being considered by the government derived from findings in Prevent duty guidance: a consultation and other references, more organisations are expected to be banned.

Further, however, anti-extremism group Students Rights is concerned with some weaknesses on the current policies. Founder Rupert Sutton notes such loop holes as inconsistency as not all student unions are adapting it and circumvention by using different names for groups or speakers or not properly identifying a speaker or their organisation. He adds that universities should also not limit to focusing on the issue of terrorism and look into other issues in the freedom of speech, debate and justice such as all forms of violence like for example against homosexuals or women.

We immensely take pride for being the original and premier academic essay writing provider. We are constantly looking for new ways …
END_OF_DOCUMENT_TOKEN_TO_BE_REPLACED