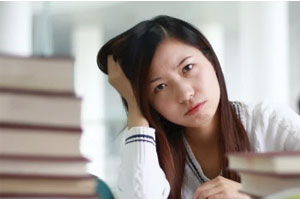 Diversity and financial edge – these are the sacrificial lambs behind UK’s tough immigration policies.  The ministers had been warned, but took no heed.  The recent study conducted by the Higher Education Funding Council for England (HEFCE) shows the cost of ignoring such counsel.

The diminishing figures of foreign student entrants began with the postgraduates.  Year 2010 saw a half-reduction in Indian and Pakistani students.  This finding coincided with the observable growth of the same student population in other countries.

In the context of undergraduates, year 2012-2013 suffered a quarter drop of European student entrants.  This foreign student distribution explicitly shows the fluid nature of international student populations.  It implicates the extent of diversity-spill suffered by UK universities.

The declining trend had enough dark cloud to stir considering the steady increase it used to enjoy.  Focusing the analysis on “international undergraduate and postgraduate entries,” the then-flourishing numbers revealed a “seven-fold” increase from year 1981 to 2011-12.

The year 2011-12 saw a total of 311,800 foreign student entrants.  The drop became noticeable as figures managed to peak only at 307,205 in the years that followed.  The difference clearly highlighted a “1.5 per cent” drop in a considerably short span of time.

HEFCE said it was the first time numbers had actually fallen since 1983.

The decline shows a dented mark in the 30 years of steady foreign student entries.  Skyrocketing fees were considered to be the initial impact.  Coming second is the recurring tirade against UK’s tough migration policies.

The Coalition is the leading figure behind these “hostile and zealous policies.”  The other side of the ring consisted of university vice-chancellors, who have been responsible in issuing warnings about the building “culture of hostility towards international students.”

And then a fraction of Conservative MPs decided to nail it down by recommending the delimiting of foreign student numbers.  Finally, there was the Immigration Bill.  National Union of Students’ Daniel Stevens implicated the Bill’s role in this foreign student decline.

The immigration bill’s proposals are set to create new barriers to international students at the same time that our global competitors are welcoming them with open arms.

As it stands, the declining numbers shows the impact of these policies and ‘culture of hostility.’  It remains unclear if such downward trend will continue.

Now that the figures have slipped down, its “major impact on university finances” has finally surfaced.  The decline stirred the focus towards the “30 per cent” income brought in by foreign student entrants inside UK’s universities.

The trend will obviously soon project a lesser percentage income.  Universities are expected to look for other sources of income – one of which is the resident students’ tuition fees.  And, indeed, tuition fees went to an almost triple-bloating.  Students are now paying £9,000!

The diminished figures indubitably call for action.  The fix, according to Sally Hunt of the University and College Union, rests in the government.

Is it really beneficial for universities to forgo its massive foreign student entrants?

We immensely take pride for being the original and premier academic essay writing provider. We are constantly looking for new ways …
END_OF_DOCUMENT_TOKEN_TO_BE_REPLACED