Gap Between Rich and Poor Felt in Campus 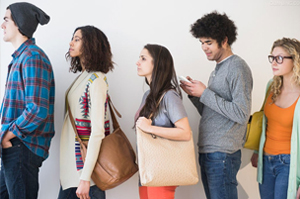 Most students who are working and some of those who come from poorer and working class backgrounds have the tendency to skip some university activities because of financial difficulties. In a greater scope, they are not able fully participate in the student life. These are what results of a study by Bristol University and the University of the West of England say.

The situation being shown by data from the research represent the presence of a difference between the qualities of university experience between rich and poor students. While students from middle class families get enough financial support to be able to participate in school activities and help ease higher education pressures, their poorer counterparts need to take on term time jobs which are “mundane” and cause them to skip extra-curricular activities.

Aside from being able to get sufficient financial support from the resources of their parents and family, having access to influential social networks is an advantage that students who come from wealthier backgrounds also have. The latter benefit from the connections because they are able to get help regarding internships and work experience while studying. At the same time, students from private and state schools also have a big gap between them. High cost of some university accommodation have caused the discrepancy to worsen.

However, students from the disadvantaged backgrounds have derived value from their difficult experience and that is resilience. It has made them more prepared for work in the real world.

Recently, British government social mobility tsar Alan Milburn published a study he made which appealed to the top universities in the United Kingdom to give more effort to raise social mobility levels which have been slow. The huge difference on how students are able to access university education is caused by social class and gender, says UWE Bristol employment research professor Harriet Bradley who led the study conducted by the Bristol and West England universities.

According to Prof Bradley, the study finds that middle class students have the ability to lessen the difficulties of university life by means of the social, cultural and economic advantage that they have from the start. She relates that connections with relevant professions is one edge that some well-to-do students already have before going to university because they got them from their families. This with the given economic advantage give the students the monetary cushion while they are studying at university.

Financial ability is an area which contribute to making the playing field not level among students right from the start. Having and not having the economic resources spell some extent of difference on the ability of students in using the learning experiences which can be explored in the universities. Forty pairs of undergraduates from different backgrounds were tracked in the study as they progressed through Bristol University and UWE.

Many working-class parents were unable to help with the process of the university application, says the study which will be presented at a central London conference. According to the data, higher education gap is still huge especially on how families view getting a degree. Those in the higher-income bracket consider acquiring the education as the norm while the ones from the lower-income bracket often still regard the education as a hope and not an expectation.

The study reports that in terms of extra-curricular activities, working-class students were limited because of financial constraints. In contrast to students from richer families, the former need to work in mundane jobs to help them get through university studies. They face substantial financial difficulties while middle-class students have their parents’ monetary support to buffer them.

Are you convinced that the economic difficulties of the poor during their university life will make them better off than their rich counterparts after schooling and will give them the advantage in their future working careers? How can the government level the playing field in education and the future career when talking about extra-curricular activities, internships and professional connections?

We immensely take pride for being the original and premier academic essay writing provider. We are constantly looking for new ways …
END_OF_DOCUMENT_TOKEN_TO_BE_REPLACED