Government to Give A-level Status to Tech-Levels 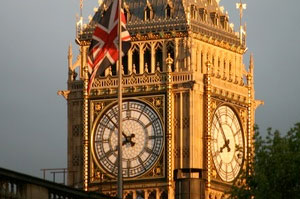 Starting 2014, technical courses for students ages 16 to 19 will be considered equal to A-levels if they get support from universities or businesses. The aim of the government in establishing the Tech-level qualification is to raise the status of vocational qualifications in England.

For a tech-level qualification to be given to a vocational course, it should be completed in as long a time as A-levels. Also, a professional association or at least five Companies House-registered employers. Practical training leading which leads to recognised occupations should be the ones on which the qualifications should give emphasis. Engineering, computing, accounting and hospitality are best examples.

Applied General Qualifications should be completed in the same amount of time that AS-levels are completed. Broader study of a technical area which is not directly linked to an occupation is their focus. For them to be counted in the performance tables, the support of at least three universities is required. An over-arching Technical Baccalaureate will be awarded to a student having a Tech-level, a core maths qualification and an extended project. An example of the core maths are AS-level maths.

Two years ago, Prof Alison Wolf conducted a government commissioned review of vocational qualifications. The assessment’s findings include that the system in place does not put the needs of young people foremost because schools based their teaching of qualifications based on which get most school performance table points. Doing so meant that some qualifications taught to students may not be helpful for their future higher education or work, the professor said. It can be noted that the government made public last year the controls to be used on how count for the school league tables vocational qualifications for students ages 14 to 16.

Vocational education which is of high quality and earned through rigorous training is necessary for the millions of young people in improving their potential for a better future and chances at life, Skills Minister Matthew Hancock says. He relates that technical education is essential and so that it can be made by young people as an option for a better future, these qualifications which are given to them should be over-arching and high quality. The reforms that the government is aiming for are obviously ambitious and they are geared towards ensuring that students will enter into apprenticeships and jobs more easily through the Tech-level courses, the minister says.

On the other hand, vocational skills awarding body City and Guilds director general Chris Jones says that the plans of the government excessively focuses on league tables are excessive and have the potentially to be cause serious damages. He asserts that many other vocational qualifications will be rendered to be without any value because of the sole inclusion of Tech-level qualifications in the league tables. Such implication is not right, he says.

The City and Guilds head stresses that, based on a latest research conducted by the Institute for Public Policy Research, countries that have lower levels of youth unemployment are those in which a good number of young people have vocational education. CBI says that they support the principle; however, reassurance that the system would need to be authoritative across entire sectors and that it will not be dictated by a few chosen companies should be made. According to CBI director of employment and skills Neil Carberry, the gold-standard training, while not being regarded as second-class, that the employers want should be offered by Tech-levels is the litmus test.

What do you think are the possible problems which the new planned system will face? What are the strengths and weaknesses you see in the scheme being projected? Do you think that the government will be able to commence with the plan without having to meet huge struggles?

We immensely take pride for being the original and premier academic essay writing provider. We are constantly looking for new ways …
END_OF_DOCUMENT_TOKEN_TO_BE_REPLACED