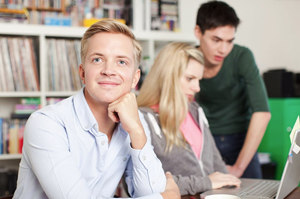 After finding out that applicants from disadvantaged backgrounds has been outnumbered by their affluent counterparts, 1:3, education ombudsman Les Ebdon calls on universities and colleges to do more in their initiatives in widening access to higher education. Specifically, he has instructed universities and colleges to exert more effort in attracting students who come from less privileged areas.

The Office for Fair Access has published on Thursday its annual assessment of participation in higher education. The report, which was prepared in collaboration with the Higher Education Funding Council of England, shows that there are less applications from lower income brackets even though it was a bumper year for universities. Mr Ebdon has made the comment in line with the publication. He also considers the dramatic decrease in the number of part-time study applicants as a tragedy because it means that the number of mature students availing of this alternative route into higher education is decreasing.

However, according to Mr Ebdon, there has been progress towards the achievement of goals as far as widening access to higher education is concerned and the government appreciates it. Still, there is a lot more to do, he adds. He relates that there is improvement among the lowest participation groups by 80%; however, the top 20% bracket still has an 8:1 advantage of going to a selective university than those who belong to the bottom 20%.

The higher education ombudsman asserts that the data implies that the ratio of age 18 enrollees from more affluent backgrounds to their counterparts from less privileged areas is 3:1. For him there is so much more to be done in terms of reaching out. There is need to exert more effort in delivering the message that everybody can go to university regardless of financial background as long as they have the determination and ability to succeed.

The decrease in the number of mature and part-time students show that universities and colleges are dealing with challenges in reaching out to this group, Mr Ebdon says. This area is important because the labour market is needing and is being forecasted to continue to need applicants and employees who have higher level skills and higher education should increase their places so that the demand can be met. For the higher education ombudsman, the higher education sector should not miss the opportunity to produce the people with the higher level skills because it is a very cost-effective means for the country.

In 2011-2012, Offa reported that spending on outreach activities have been increased by universities but the proportion between the spending to higher fee income did not increase, it is smaller. Because of this trend, the Offa has told universities to make the investments in this are more smartly. It has advised universities to set more challenging targets in their recruitment. The Offa is the watchdog of the ombudsman and it is tasked to approve and monitor agreements with universities regarding access where widening participation targets are set.

Universities are given the confidence and prerogative by the Department for Business, Innovation and Skills. On the part of the department, it says that universities should be the ones who will design their specific approach to widening participation and awarding scholarships to fit their situation as long as they do so within national guidelines because they know their students best and they have different missions and priorities.

10 per cent of the 340,000 2012-13 enrollees are scholars under the means-based scheme which is designed to help students from poorer families get access to higher education. However, many universities and colleges have further restricted access to the scholarship fund because of its popularity and the number of students who are qualified for the benefit.

There are some universities which have increased their funds for the means-based scheme so that they can catch up with the demand. Still, many less privileged youth were not able to avail of the benefit because 58 schools reduced scholarship slots for students coming from households earning below £25,000 and even down to the £16,000 income bracket.

While the government is monitoring and assessing the higher education sector’s awarding of admission to applicants, do you think that its giving of prerogative in it to latter has been done with the right amount of controls? Do you think more should be done on the lower levels of education especially considering the culture and mentality of those in less privileged areas?

We immensely take pride for being the original and premier academic essay writing provider. We are constantly looking for new ways …
END_OF_DOCUMENT_TOKEN_TO_BE_REPLACED