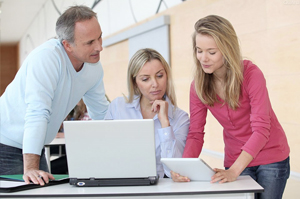 The UK government has warned companies against putting too much emphasis on experience in unpaid internships, degree classification or university when screening job applicants. Employment aspirants who come from the more privileged background hold an unfair advantage over their less privileged counterparts when it comes to these two resume items, Universities Minister David Willetts asserts.

Just at the start of this month, Westminster School – which is a fee-paying institution – commenced an auction where their students can bid for internships slots which were exclusively reserved for them. The prestigious school will use the proceeds of the auction for their bursary programme and additional capital expenditures. The move has received complaints which members of parliament agree to.

The auction does not sit well with the UK government’s policy of making education and employment fields which are offer equal opportunities both for those who come from more privileged backgrounds and those with less privileged circumstances. MPs have requested the companies who participated in the auction to withdraw. The prospective employers include Coutts bank, Febergé and Mary Portas.

Unpaid internships, degree classification and university when used as a primary basis when hiring people will favour graduates coming from wealthier families, Mr. Willetts relates. It is the students with well-to-do parents who have the edge when it comes to securing unpaid internships because of their connections and financial capabilities.

Statistics show that very few less-privileged students are able to go to the best universities thereby making university as a criteria for choosing who to hire give advantage to applicants with better financial background. Further, the existing degree classification system which give priority students with firsts and upper-seconds is being criticised because they are seen as too crude and as to fail in assessing the more holistic abililities of the students. These are what a report just released by the Association of Graduate Recruiters and Association of Graduate Careers Advisory Services say.

Through the study, the two groups found out some hindrances to social equality in education and employment. The findings include that many employers choose who they hire based on the university they attended or the credentials derived from unpaid internships. The organisations call for employers to acknowledge the mentioned hindrances and take action to remove them. The government has backed the study.

While the two entities who have performed the study and made the report have pointed out the weaknesses of recruitment as far as social mobility is concerned, they also have cited examples of how a few companies have started addressing the concern for bias favouring well-off graduates. They have lauded employers who do not indicate degree classifications but, instead, describe what they are looking for. There are also those which use anonymous application forms in assessment centres.

With the further strengthening of the government of its crusade to make education and employment a fair ground where wealth is not a factor, what do you think of this particular action of warning companies against giving value to unpaid internships, degree classification and university? Do you think the government has already set sufficient admission requirements toward widening access to higher education and narrowing gap in career achievement? What specific procedures can companies adopt so that they can avoid bias in their hiring?

We immensely take pride for being the original and premier academic essay writing provider. We are constantly looking for new ways …
END_OF_DOCUMENT_TOKEN_TO_BE_REPLACED