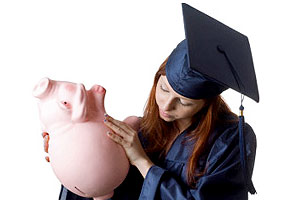 Only around three weeks left and the UK universities academic year 2015 / 2016 start. And so does tens of thousands of new students’ loans in Great Britain. The same is true in the United States where classes start this week. However, there is an emerging alternative to student loans there in the US. They are Income Share Agreements.

Income Sharing Agreements (ISAs) are a financial vehicle in which a student receives a fixed amount of money to pay for their college tuition and in exchange agrees to pay back a percentage of their income for a fixed number years following graduation. The Income Sharing Agreement (ISA) idea was originally proposed by Milton Friedman, in his 1955 essay titled, “The Role of Government in Education.” In essence, Friedman argued that college education should be funded through an “equity investment” rather than debt.

ISAs in the US and Their Legislation

In the US, income share agreements are already being offered by a few private companies. This financial facility has become popular and is being proposed for legislation as an alternative to the already established student loan system for the higher education sector in the US. A presidential candidate in the upcoming US elections 2016, Senator Marco Rubio announced last year the introduction of legislation that would broaden the use of Income Share Agreements in the US.

Income share agreements could work well because entities who provide the money to students to help pay their tuition can earn return for such investment in the future. At the same time, students worry less about future indebtedness, or not at all, because of the student-friendly terms, specifically that they are income sharing in nature and not fixed debt instalment payments.

Entities who enter into income share agreements with students will receive shares of the students’ income in the future as they work and earn them. This is what the funders receive in return – a cash inflow in the future when the value of their past money will have increased. It is like depositing in the bank and withdrawing the money with some interest income in the future. Potential investors into this financial vehicle include for-profit companies, charitable non-profit organisations, alumni groups, educational institutions, and local, state, or federal governments.

Advantages and Disadvantages of ISA

Repayments to income share agreements are computed basing on a percentage and not specified amounts as with student loans. Thus, there is no possibility that the money left of your salary after repaying to the funder their share of your income will not be equitably sufficient for your own needs, and maybe even wants.

However, the percentage basis of computing your repayment to the funder their share of your income means that the more you earn, the more you should share to them. Nevertheless, that is the essence of income sharing. Still, there is the possibility of paying more compared to paying student loan instalments if your salary or income is really high. Again, that is the essence of income sharing agreements as a form of investment by the mentioned prospective funders.

As income share agreements are investments, funders also have the right to choose which courses to invest in. Needless to say, they will choose to fund courses which lead to better earning jobs for their future graduates or university leavers. This is an advantage not only to the funders but also to the students because they are already on the right track of their education and future career. So, thanks to the help of the funders not only in terms of funding the education but also choosing courses which lead to better earning jobs.

Advantage: Freedom to Choose Your Career

Contrary to what some people may guess, income share agreements do not force participating graduates or university leavers to work for their funders or specifically in their businesses. The fact is that the beneficiaries have the right to choose their career, where they will work, or go into business, unpaid volunteer work or even to not engage in gainful occupations.

In contrast to some educational grants wherein grantee students pledge that they will work for the granter after graduation for a given number of years, income share agreements are premised only on sharing on the income of the beneficiary, no more and no less. As the agreements are an investment having possible returns, they also come with risk.

In contrast, the traditional student loan limits graduates’ and school leavers’ options with regards to career and earning income. In their case, they need to get jobs which earn income enough to defray their expenses and pay their student loan instalments or engage in businesses which can profit sufficiently for the said purpose.

Such uncertainty is whether they will yield a return which is the possibility of the student to go into gainful occupation and to which extent. But then again, this is an informed and calculated gamble on the part of the funder because they know that almost everybody would want or would need to earn money.

We immensely take pride for being the original and premier academic essay writing provider. We are constantly looking for new ways …
END_OF_DOCUMENT_TOKEN_TO_BE_REPLACED