Internships and Work Experience as Students Give Graduates Competitive Edge 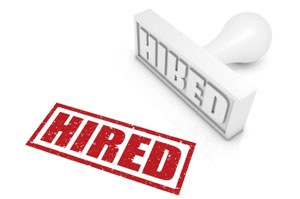 High Fliers managing director Martin Birchall relates that university graduates are now expected to already have work experience as an essential component in the graduate job market and it is no longer the added bonus that it used to be. The research center gathers data on students from leading universities and the results of their surveys have been used by leading employers in reviewing, assessing and developing their campaigns in campus recruitment. 18,000 students leaving 30 top universities in the UK are being interviewed face-to-face every year.

The number of graduates who are planning to take time off, postpone finding work after university or entering postgraduate studies has decreased from last year with this year’s count at around 10% of the batch. The biggest fraction of the first time jobs is in the marketing sector. Students from the London School of Economics amassed the most number of job applications and the most number of job offers received among the 30 upper echelon schools included in the survey. Their average number of applications per student is 11.

This year marks the highest count ever for first time job applicants for London which accounts for half of the university leavers. The place is also the most sought after on a per university basis with 27 out of the 30 respondent universities. Only Queen’s University in Belfast and Strathclyde and Glasgow universities are the ones in which the UK capital is not voted most popular for first time job applicants. Other choices for the graduates include overseas with 21%, Wales with 1%, the north-east of England with 2% and the Midlands with 4%.

The graduates this year were spared from the effects of the implementation of the increased £9,000 annual tuition fee; however, they bring with them wide range and deep levels of debt that comes with graduation. Students from London schools Imperial College, University College London and London School of Economics have the highest levels of debt which is above £26,000. On the other hand, three Scottish schools have the lowest levels of debt with Edinburgh, Glasgow and Stratchclyde having £8,400. There are no tuition fees in Scotland. For the entire England, Bristol has the lowest student debt level with £18,900.

The most popular type of job among university leavers is working in an advertising or PR agency. While marketing jobs are the most popular, there is an increased interest in engineering and law. On the other hand, graduates interested in jobs with the police, retail, teaching and property have decreased.

According to Mr Birchall, job hunting has increased its portion in student life because it is being done not only by graduating students but also by freshmen and sophomores who research their career options. He also adds that students should not focus only on their studies but should also spend time in the workplace so that they can develop skills and interests which graduate employers are looking for.

What observations can you make regarding how the university degree alone by itself has become insufficient in landing entry level graduate jobs? Do you think the higher education sector should redefine its system of facilitating the acquisition of academic qualifications by the students? Are the career guidance programme put in place by universities enough to prepare their students to be competitive in the job market when they graduate?

We immensely take pride for being the original and premier academic essay writing provider. We are constantly looking for new ways …
END_OF_DOCUMENT_TOKEN_TO_BE_REPLACED