Legislation Is Needed for University Board Gender Equality in Scotland 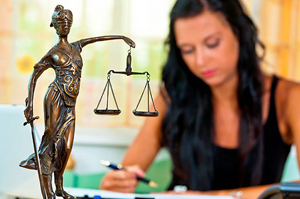 Self-regulation is not enough to bring about gender equality on the composition of university boards. This is what the National Union of Students Scotland says. The group found out that the female to male ratio of members in university boards all over Scotland is only 3:7. The students point out that this mix does not show equality and diversity and that legislation that will address this issue should be made.

According to the results of a survey the student group conducted with authority under the Freedom of Information Act, women constitute only 31% of the lay board members in Scotland. The lowest count include Aberdeen with only one, Edinburgh with two and Stirling two co-opted women board members.

Why is gender equality in the membership of university boards relevant?

Why do students call for such reforms in university boards?

NUS Scotland says that universities should be the first and set the example in upholding equal rights of and opportunities to both males and females. The logic is that these academic institutions are funded by the public. Such specific example of right and opportunity is making decision at the highest level which is at the board in the university setting.

Universities rebut that they take the issue of gender equality in board membership seriously. Their group – Universities Scotland – relate that over the year that passed, they have appointed more women to boards. Aberdeen has appointed one more woman board member, raising the female count to two from the survey’s one. These are addressing specifically the gender equality issue and, in general, as part of the new code of higher education governance which began implementation exactly a year ago, 2013 August. Further, they say that they will increase it by highly considering females when seats go vacant.

The director of the universities group, Alastair Sim, says that some of the university boards’ female composition “rises to 40%.” He also cites that the two-year minimum service of most co-opted members is a factor that have hindered them from showing results of their sincerity with regards to gender balance. He relates that some board seats do not go vacant in two years and this limits their ability to make changes that will enable them to infuse more women into the board.

NUS Scotland points out that it has been one year since the start of the new voluntary code in which universities committed to improve the equality and diversity in the composition of their boards. The student group stresses that if the universities cannot meet their commitments, improving the diversity and gender balance of boards should be made mandatory through legislation.

According to NUS Scotland officer for women Vonnie Sandlan, the current status is alarming because so many universities are still behind with the improving the gender balance of their boards despite that fact that they have committed themselves to achieve it. The student group believes that the situation shows that self-regulation may not be sufficient in making gender equality in the university boards possible. They add that the odds are against women and the law should give them more support. Steps should be taken now so that, in the future, the place of women on university governing boards will be secured in law.

We immensely take pride for being the original and premier academic essay writing provider. We are constantly looking for new ways …
END_OF_DOCUMENT_TOKEN_TO_BE_REPLACED