MI5 Warns British Universities to be Vigilant of Cyber Threats 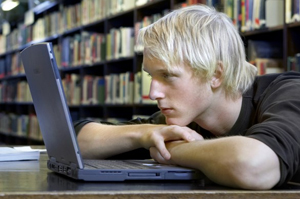 The UK’s internal counter-intelligence and security agency has warned universities to be on guard against cyber spying from state-sponsored attacks by international forces looking to acquire highly advanced intellectual work.

Sir Jonathan Evans, the outgoing director general of the security service, has briefed university vice-chancellors on the need to improve their network security systems. Universities UK is also set to issue guidelines on how to improve institutions’ resistance to cyber threats. It will conduct a conference this year to address the issue of cyber security.

Higher education institutions are being identified as clear targets for the information they hold on the latest research from leading institutions of science and technology.
The threat to universities comes from two sources: hackers gaining remote access to their computer systems in the UK, and academics’ data being stolen when they travel abroad for research or lectures.
Two such projects thought to be potential targets for cyber attacks are located at the University of Manchester and the University of Bristol.

Researchers at the University of Manchester have developed a graphene transistor that will enable “future flexible, transparent electronic devices.”Graphene is the “miracle material” whose discovery won the Nobel Prize for Physics. It is the “thinnest, strongest, lightest, stiffest material ever made” according to Techradar, a website focused on technology. Its potential uses include lightning-powered skyscrapers, better batteries and improved drug testing capabilities.

Bristol university has a centre for quantum computing which uses the technology of quantum photonics to build a computer with speed and capabilities that can far surpass today’s electrical-based processors.
There have already been previous instances of attacks when information was stolen. A report from The Financial Times tells of a senior academic from a UK university attending an overseas delegation visit who had discovered as he returned to his hotel room unexpectedly his computer’s cursor moving independently and multiple files being downloaded.

Weeks before the 2009 summit on climate change in Copenhagen the University of East Anglia’s Climatic Research Unit discovered thousands of emails hacked from its servers in an attempt to disrupt academic research on the subject.

Universities are well aware of the implications of their data falling into the wrong hands, which is why some are already understood to be setting up secure network enclaves with additional network and physical security controls.

Foreign secretary William Hague has announced he is establishing a centre for cyber security which will help “co-ordinate global work on cyber threats and cyber policies”. The institution is expected to receive £500,000 of funding a year.

What measures is your university taking to protect its intellectual data from cyber threats? Do you feel it is enough? What do you think should be done to address cyber threats to academic institutions? Contribute to the discussion by leaving a comment below.

We immensely take pride for being the original and premier academic essay writing provider. We are constantly looking for new ways …
END_OF_DOCUMENT_TOKEN_TO_BE_REPLACED