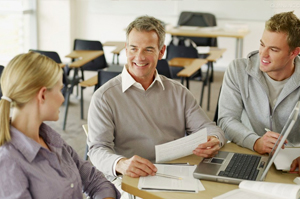 The cost of education appears to have increased in exponential proportions when it is equated to the interaction time between teachers and students. In a study conducted by the Higher Education Policy Institute and Which? – data say that tuition fees have tripled from 2005/6 to 2012 while the weekly lecture and tutorial time increased by only 20 minutes. Students also say that they think they are not getting their money’s worth. From not more than £3000 in 2011, tuition fees are no lower than £8500 in 2012.

The survey is the fifth of a series started in 2006 in response to the introduction of the new funding system adapted for higher education. Its aim is to find out whether student academic experience will improve as students pay higher tuition fees. While students expect to receive more value for their money, universities may not be able to give more because there is also a reduction of government grant.

In the survey, students were asked what they want in return for paying higher tuition fees. Among their responses, what increased in count year after year are increasing interaction time with staff and reducing the ratio of students to teacher. According to the data gathered from the survey, the time student spent on their studies is more than 1/4 less than that which is expected for a degree programme. This means that the standards of degrees are not at par with what is expected, on the average, HEPI says. They believe that the calibration of a credit against 10 hours of study should be reviewed.

According to the HEPI survey, most students get only 14 hours of interaction with teachers and in total, including personal study time, 30 hours. However, the quality of a university course should not be based simply on time spent in lectures and seminars, Universities UK chief executive Nicola Dandridge exerts. Contact time is not the only aspect covered by tuition fees; they include all the different student services which includes support facilities, employment advice and training, library services and clubs, she adds.

Still, when talking about contact time, analysis by HEPI of the data from the study implies that there are no course standards which are followed across universities. Study requirements for the same course vary depending on the university. Examples include physical sciences which see a time demand discrepancy of 14 hours every week, social studies which have a weekly time difference of up to seven hours, Mathematics with time spent ranging from 13 to 22 hours each week and nursing with a low of 15 hours and a high of 25.

The inconsistency among universities with regard to the study time they require can lead to a deterioration of the quality of the whole high education sector. People in HEPI are wary that when students and the public will be aware how an educational qualification can easily be obtained in a university than in another, the reputation of such institution will be damaged.

The Department for Business, Innovation and Skills, through a spokeswoman, says they have prepared what they call the key information set in which data regarding courses, their costs, satisfaction and outcomes are compared. The department says that it is the responsibility of universities to explain to prospective students the way they deliver their course so that the latter will have information that will help them make the best choice for them. They would like to see students and institutions match. She says that aspiring students should do their own research on their options so that they can make a well informed decision on what course to take and which university to enroll.

Given the different sides of the story, are you one of the people who assert that an increase in tuition fee should mean, or be compensated with, increase in contact time with teachers? Or, do you agree that education cost must increase just like any other need? Should government increase the funding they give to higher education? What other ways can funds be raised?

We immensely take pride for being the original and premier academic essay writing provider. We are constantly looking for new ways …
END_OF_DOCUMENT_TOKEN_TO_BE_REPLACED