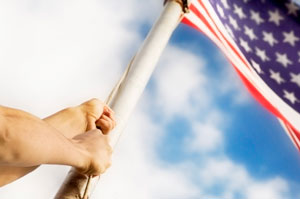 The interest among British students to study in the USA have increased. It has been attributed to the tuition fee hike announced in 2010 and started last year. American universities are given notice of the tripling of the UK school fees and the growing number of UK students interested in enrolling at US universities. They are responding to the interest by participating in the USA College Day. British education experts warn that many of the brightest British sixth-formers can be attracted to pursue higher education in the USA.

The USA College Day of the Fulbright Commission is held on 27 & 28 September at Kensington Town Hall. It is the largest fair featuring only American universities held in the UK. This year, the US Department of State Bureau of Educational and Cultural Affairs-sponsored program has sent out invitations to American universities noting that the present year 2013 is a unique time to recruit UK students with the interest in US study at an all-time high.

The Fulbright Program awards highly competitive and merit-based international educational exchange grants for students, scholars, teachers, professionals, scientists and artists. It was established in 1946 with the purpose of increasing mutual understanding between Americans and peoples from other countries by means of exchanging persons, knowledge and skills. Every year, 8,000 new grants are awarded in graduate study, advanced research, university lecturing and classroom teaching. From its launching upto 2010, a total of around 300,000 grantees have participated. They are 114,000 from the United States and 188,000 from other countries. The US-UK Fulbright Commission was created in 1948. It is partially funded by the governments of the UK and the US.

British Students’ Interest with US Education

As mentioned, the growing number of participating schools have almost doubled in response to the increasing interest among UK students to study in the US. As of one week before the fair, there are already 4,000 UK students who pre-registered for their attendance. This count is more than twice than that in 2009. Interested students who missed the event can still catch up as many of the American universities are extending their recruitment efforts have scheduled talks at schools to maximise their visit to England.

In the academic year 2011/12, not less than 9,000 British students were enrolled in higher education courses in the US. The number is believed to increase some more in 2013 and 2014. In the three years that passed, students who took the US college entrance exam SAT or Scholastic Aptitude Test have increased in count by a quarter. There is also a rise in the number of British students admitted in the last academic year, 2012/13. Among them, for example, is Princeton which gave places to 131 British students compared to 100 in the two previous years.

The number of American universities participating in the programme is an all-time high at a count of 170. The commission says that the amount is a response to the interest of UK students to American education which interest have grown over the last few years. This number of the universities which registered to join in the event is almost double of that in 2009. That is specifically an 84% growth over the last four years. On top of many returnees, new registrants have added to the count and to the striking diversity in size, age and other aspects of the institutions attending the event. These two groups of universities total 42. This year’s participating institutions includes eight national top ten universities in the United States.

The breadth of liberal arts curriculum offered in the USA attracts top British sixth-formers. In these programmes, students take a range of subjects before specialising in the third year. The UK also stands to lose some more students to the US because of its the very high tuition fees especially considering the generous scholarships offered by the latter’s universities.

Do you think that the volume of the British interest with US higher education is going towards a level to be concerned of? Will the increased UK tuition fee continue to lead more sixth-formers to explore the financially practical option of going to America to pursue higher education?

We immensely take pride for being the original and premier academic essay writing provider. We are constantly looking for new ways …
END_OF_DOCUMENT_TOKEN_TO_BE_REPLACED