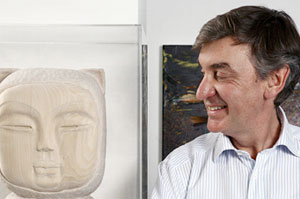 The creative and cultural industries make up the second largest, and fastest growing, sector of the UK economy, worth £8 million per hour and accounting for 5.6% of jobs.

This is the heart of Nigel Carrington’s reply to the recent recommendation released by the Confederation of British Industry (CBI).  The Telegraph correspondent brought out the case of the lessening arts subject in the curricula, as well as, the reinforced transition from arts to sciences.

The aforementioned quote serves to lash an answer to his proposed agenda: of learning “which goose is really laying the golden egg.”

In accord to CBI’s piece, the UK economy is struggling to keep its foothold to fields, like the “science, technology, engineering and maths.”  To address this, established efforts had to be made to usher prospective students into the welcoming arms of these STEM subjects.

Nigel Carrington threads lightly, issuing a clarification that “This is not a science versus arts argument.”  But emerging forth these series of warnings is the reminder:

But our even greater success story is creativity.

The arts subject, which turns students into highly skilled entrants for ‘creative and cultural industries,’ does provide a hefty contribution to the UK economy.  Its value dances to the tune of £8 million per hour.  It creates not just jobs but opportunities to several of UK’s talents.

This fact brings into question CBI’s recommendation: Why would you pull out those creative talents off of their paths (the “feminine arts subjects”) to augment STEM subject’s demand?

To strengthen his call, Mr Carrington recollected the gradual drying up of the ‘creative talents pipeline.’  It decline started in year 2010: 23 per cent of the surveyed schools pulled out drama and performing arts off the curriculum.

There was also a 17 per cent drop in arts subject, 14 per cent in “design or design technology,” and 11 per cent took out their textiles subject.  Halfway point of years 2010 to 2013, participating arts GCSE students plummeted by 14 per cent.

Mr Carrington invites everyone to rethink the way success is defined.  His words suggest going-over students’ orientation (i.e., students’ choice).  He surmises his points through the following scenario:

If we do not reverse this trend it will be an individual as well as a national tragedy. Arts subjects are a lifeline for young people who do not excel in traditional academic disciplines but have strong creative abilities, and provide a route to fulfilling, successful careers for those who might otherwise be left behind.

This is as far as what his points could go.  If educational institutions, the Government, and the industries turn to listen to these presented points then, perhaps, his mission is fulfilled.  Until action is made to correct the current ‘student-pulling’ initiatives, his well-developed argument falls in vain.

Do you agree with Nigel Carrington’s points?

We immensely take pride for being the original and premier academic essay writing provider. We are constantly looking for new ways …
END_OF_DOCUMENT_TOKEN_TO_BE_REPLACED