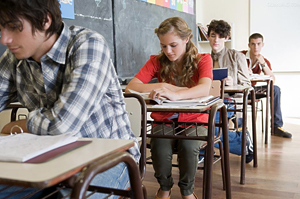 The Office for Fair Access have made an agreement with 14 universities to increase the ratio of male to female enrollees as part of their requirement as institutions which charge not less than £6,000 per year on tuition fees. The move is in connection with the alarming decrease of the percentage of males among degree course applicants prompting the two agencies to lean towards considering men as a disadvantaged group which need to be given more slots.

Data from UCAS show, in simple terms, that the ratio of male to female in year’s applications is nearly 2:3; the actual number being 239,146 is to 319,752. To add to this, Offa head, Prof Les Ebdon, said that males amount to only 30 per cent of law students and only 10 per cent of nursing students.

UCAS and Offa have reported to the parliament’s Commons business select committee that there has been a decline in the ratio of male applicants for degree courses and this trend should be given attention and action because of two important main reasons. First, it means that more men will work without a degree and so they will earn less without the academic qualification. Second, there will be less role models for young boys not only as far as valuing education and professional advancement is concerned, but more so regarding life in general. The insufficiency will be greatly felt if there will be less male primary school teachers whom boys at their tender years can look up to.

Prof Les Ebdon asserts that the number of male students in primary school teacher education and training should be increased because they will serve as role models during the formative years of young boys. He added that the percentage of male graduates should increase so that they can enter careers which require such educational qualification. He notes that the weight given to this job requirement will continue to hold true and spread towards other fields.

The Offa head have already made known that he is ready to hit with the maximum penalties institutions which will miss the access target they have agreed with Offa. The said punishments include a fine of up to £500,000 and prohibition from collecting higher tuition fees. However, he adds that he is not prompted to warn any specific institution yet.

Offa’s function of overseeing and regulating university admissions is important because factors in the admission mix which may lead to imbalance, disproportion and disadvantage among certain groups can be neutralised by them. Without such oversight and regulation, applicants who have had advantaged educations would be preferred by tutors for admission because they are less troublesome and require less financial support, Prof Ebdon said.

The gap between men and women in education is seen not only in university applications. It also exists in the primary and secondary levels. According to UCAS head Mary Curnock Cook, males are consistently outperformed by females at the lower education levels and such trend continues on to higher education. She believes that there is a need to look into the reason behind the underperformance of boys.

We immensely take pride for being the original and premier academic essay writing provider. We are constantly looking for new ways …
END_OF_DOCUMENT_TOKEN_TO_BE_REPLACED