Our Year-End Blog Special: Part I 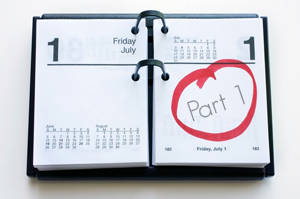 Year 2013 has come to an end. But before ushering in 2014, it might be best to take a look back and consider the issues and lessons that have made UK’s higher education as it is today.

Come and see through the stories of triumph and delayed success, the influential agencies involved – from the educators, regulatory bodies, educational institutions to students, graduates and professionals. Retracing the steps taken by these entities could give everyone a more stable footing – a favourable condition apt for anyone who wants to make a good start.

The month of January had also brought out the sobering issue on students’ current essay writing skills. Professor David Abulafia of the University of Cambridge cited one leading culprit: social media networks.

The character count in Twitter, the text language used and the frequency by which students do their writing and communicating via these social networks have contributed to the nationwide phenomenon of poor academic writing. Improvements in sight involved the tweaking of exam questions in GCSEs and A-levels, as well as, English remedial classes for new entrants.

The shortest month of the year had been a blast. It had the most number of recognitions and good news. It started with the free 15,000 Raspberry Pi microcomputers handed down to students to boost their coding skills and interest in computer science.

The wait hadn’t last for long. Wales’ biggest adult learning awards, the National Institute of Adult Continuing Education Dysgu Cymru Awards, arrived. The next week paved the way for excitement as the London Schools Excellence Fund, which were combined funds from the DfE and London Mayor Boris Johnson, was brought into the London scene.

The focus for the third month went to apprenticeships. To be exact, the UK Prime Minister placed his conviction for an improved student qualification and a crucial contribution to the economy on gearing up skills. The answer, he recounted, are “more new and high quality apprenticeships.”

A bit of help was also expected to come from the 1% increase in maintenance loans and grants. Following this financial support is another kind of support, for a newly identified disadvantaged group: the male enrolees. This was made in collaboration by the Office of Fair Access and various universities – an answer for the “alarming decrease of … males among degree course applicants.”

International students are an essential subject for the month of April. It started with the reforms made in the UK Border Agency, as it was anticipated to impact the way service is conducted for international students. Then the call for banning nation-specific student societies came unleashing with it the necessity for universities to make international education much more authentic.

No feasts for May

The fifth month of the year failed to be a blast. First, Universitas 21 had placed UK in the number ten spot in the battle against “overall effectiveness of the higher education system.” This was followed by the 54% drop in foreign students, which is seen as the result for prior toughening of student visa requirements.

What could have lightened the month’s mood is the exploration of financial alternatives for students. This exploration brought at least two solutions: lowering fees to £6,000 and imposing graduate tax. Both of these alternatives didn’t merit any thumbs up from the Department of Business, Innovation and skills.

The following month had been no different. Issues involving the higher education sector had been conflicting, if not dizzying. It begun with UK’s world leader status dangerously tilting. The increase in tuition fee had unsurprisingly led to the universities’ failure to hit its enrolment targets.

Salvation for the country’s global future was, therefore, seen through the increase of British students in China. While some wanted to ship off British students, other student populations still consider UK to be the top higher ed destination. These students, in particular, consisted of Mexico’s youth.

Stay tune for the second part of this year-end blog special.

We immensely take pride for being the original and premier academic essay writing provider. We are constantly looking for new ways …
END_OF_DOCUMENT_TOKEN_TO_BE_REPLACED