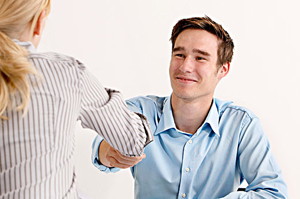 It appears that the value of the university degree has continued to decline. Private sector employers who would rather choose vocationally trained applicants to jobs have reached a number, at least, approaching the fifty percent mark. More than half of employees in the private sector are employed by small to medium sized enterprises. These employers, also known as SMEs, say that vocationally trained applicants are more attractive than university graduates who have academic qualifications because they have better practical skills.

According to business development consultancy firm Sandler Training UK in the results of a survey they conducted on 1,000 SMEs, these enterprises are almost evenly split on whether they would hire apprentices (51%) or graduates (49%). However, they say that that they project that they will hire 20% more apprentices in the next five years and only 7% more graduates. This is an indication that the competitiveness of the university degree in the job market have declined in the past 10 years. At least 44% of the entire private sector gives more value to apprenticeships. This fraction does not include any possible large enterprises that may also have started to prefer vocationally trained applicants for some of their personnel needs.

The numbers say that the academic degree has really lost much of its value. In other words, university graduates will all the more find it hard to compete for a job. The numbers could even mean more implications. It may say that job hunters, especially those fresh from graduation, who have the higher education qualification and do not have the vocational training will encounter more SMEs and more of them that prefer apprenticeship training from applicants. This will make it doubly hard for them to find a job.

SMEs are really more out there not only because they employ more than half of the private sector workforce but also because they are many. SMEs are defined as having not more than 250 employees. This means that while they employ more than the number that large enterprises do (58% to 42% of private sector employees), they are also many as each of them have only 250 employees at most. Hence, applicants can expect to get more chance of applying to SMEs, again, of which 75% chooses apprentice education over university degrees in job candidates.

The said survey aimed to get insight into how SMEs view youth unemployment. Most (83%) of these business owners said they are concerned about the plight of many young people not landing jobs. More than half of them (54%) think that the government and schools should be held accountable for the youth unemployment issue. Only around a quarter (24%) considers themselves, the business sector, as having the responsibility for providing jobs for the young people.

In a separate survey conducted by the National Union of Students on not less than 1,000 graduates, more than half of them say that SMEs should also contribute in making the job market better for the youth. Another factor in the difficulty in getting jobs pointed out by the fresh graduates is getting experience.

Nevertheless, Sandler CEO Shaun Thomson expressed hopes of SMEs changing of heart as there is a projection that recognition of the value of the soft skills coming from university degrees will pick up as the economy does also. Citing their experience as an employer and as a consultant to employers, he says that the success of matching applicants and jobs has much more to do with candidates’ soft skills. He asserts that the young people can show such in their diligence and commitment as they achieve good exam results and degrees.

In your opinion, who do you think should bear the greatest responsibility of making young people employable, employed and keep employed?

Do you think that the government, academe and the business sector can or should work together?

We immensely take pride for being the original and premier academic essay writing provider. We are constantly looking for new ways …
END_OF_DOCUMENT_TOKEN_TO_BE_REPLACED