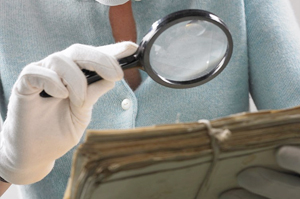 Hunter gatherer societies in Aberdeenshire could have used the oldest calendar as early as 10,000 years ago. They had the need for a device to tell time of the year and also make corrections for seasonal drift of the lunar year. These primitive people already have the sophistication to do so, says University of Birmingham professor and research project leader Vince Gaffney. This means that the first calendar could be 5,000 years older than those which were already acknowledged.

So far, the first formal time-measuring devices are those which existed in the Near East 5000 years ago. Archeologists from the university believe that the monument excavated in Aberdeenshire by the National Trust for Scotland in 2004 was created by the hunter gatherers 8000 BC with the purpose of keeping track of lunar months within a year. They observed that the structure of the monument shows a pattern like that of the phases of the Moon completing a cycle of one year.

While artifacts and other forms of archaeological record like the old calendars mentioned earlier are unearthed by archaeologists from excavations and are their treasures, uncatalogued manuscripts are “dug up” by literature scholars in libraries which are more than a century old. According to University of Manchester senior lecturer in Italian Guyda Armstrong, “The discovery of a completely unknown and unstudied manuscript in your specialist research area is every researcher’s dream.” This is what she has to day about “unearthing” in the university’s John Rylands Library an uncatalogued manuscript by medieval period Italian author and poet Giovanni Boccaccio.

The Italian literature icon is famous for being among the greatest thinkers during the time of the transition of the Western hemisphere from antiquity to modernity, the Medieval period. He spawned notable and influential writings as the Decameron, On Famous Women, his Italian vernacular poetry and Elegy of Madonna Fiammetta. The Boccaccio manuscript discovered by Dr Armstrong is the ‘Des cas des nobles homes et femmes’ which has been kept at the library since 1963. It is a copy of a rare 1400 translation of ‘De casibus virorum illustrium,’ a collection of biographies of famous figures from history.

Being uncatalogued, the literature artifact is has not been studied and items like this add to the new developments in the researcher’s work and will interest other scholars. The academic believes that her discovery of the very important manuscript is a testament to the richness of the collections in the library. This means that there is still so much that can be uncovered in the field of literature in the libraries around the world.

The researches in the universities show that there is still lots of discoveries that can be made. What specific subjects do you want to conduct your own research in? With the continued interest and initiatives in digging up old and buried sources of knowledge, what do you think will they contribute to the world’s marching forward in the present and to the more advanced ages in the future?

Hunter gatherer societies in Aberdeenshire could have used the oldest calendar as early as 10,000 years ago. They had the.

We immensely take pride for being the original and premier academic essay writing provider. We are constantly looking for new ways …
END_OF_DOCUMENT_TOKEN_TO_BE_REPLACED